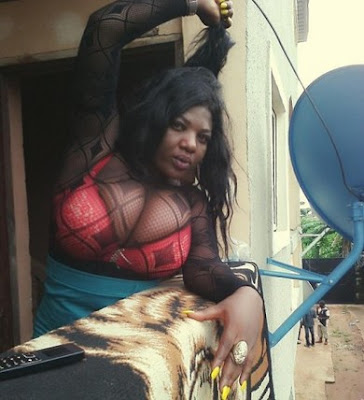 Many entertainment enthusiasts have made several attempts to identify the actress that has the biggest boobs in Nollywood and many have come up short. But there seems to be one person most of them believe the crown befits – Cossy!

Yeah, good old Cossy would, without much doubts, come to mind because her boobs are almost always out there for all to see. But on a location in Owerri recently, even Cossy took off her hat to another actress, conceding defeat. Of course it is Saraphina Onyeakachi Amaechi…

“Yes, there was boobs competition which I won. But I must confess Saraphina is bigger than me. I only won the contest because she failed a question and I was the next best and more enlightened, so, I won,” says Cossy when asked what it was like going head to head with Saraphina.

No doubt Saraphina’s boobs are there for all to see and it doesn’t appear there is much she could do to hide them, but she would tell you she doesn’t like flaunting them. 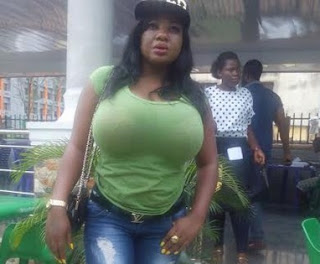 “Many people think I flaunt my boobs but I don’t. Why would I want to flaunt these boobs, aren’t they obvious enough?

“Check all Cossy’s pictures and that’s what we call flaunting. For me, I don’t flaunt them,” she stressed.
Related Topics:
Up Next

Why Should A Lady Do This To Herself?

President Buhari Consults Obasanjo Over Some of His New Ministers