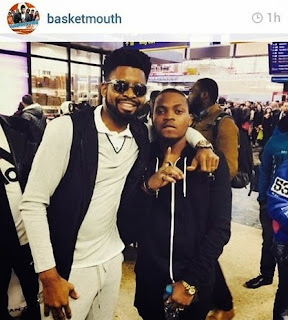 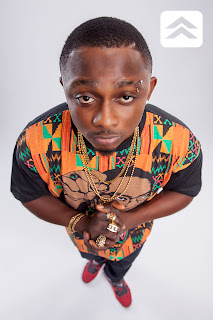 Basket Mouth has disclosed why he has let his onetime buddy, Sean Tizzle be, stating that he is not a cool man at all.
While speaking to a media house, Basket Mouth said he got Sean Tizzle, three mouth-watering shows in December 2014 alone, only for him to invite him for his own gig few months later and Sean Tizzle demanded he must pay.
He also exalted Olamide for being a good guy and putting their relationship first before money.
According to him;

‘I called on Sean Tizzle and he was charging me a certain amount of money, I didn’t know if it was him or his management that charged me, but I don’t care, I had to tell my team to blacklist his name on any of my shows’, he said.

‘I called on Olamide who’s even a more buzzing act, and he said I can pay him anything I feel like, and he didn’t even ask of his money until way after the show before I paid him,’ he said.