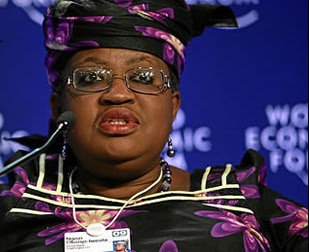 Former Minister of Finance/the Coordinating Minister for the Economy, Ngozi Okonjo-Iweala has taken on a new role. She is now a Senior Advisor for Lazard as part of the financial advisory firm’s sovereign advisory group.

She has also been appointed chair-elect of the board of GAVI the Vaccine Alliance. Gavi is a prominent international organization which is focused on increasing access to immunization in poor countries around the world.

Lazard Ltd (NYSE:LAZ) announced today that Dr. Ngozi Okonjo-Iweala has joined the Firm as a Senior Advisor, with a focus on sovereign advisory. Dr. Okonjo-Iweala, a global leader in economic development and international finance, was until May 2015 the Coordinating Minister for the Economy and Honourable Minister of Finance of Nigeria.

“Dr. Okonjo-Iweala has built a remarkable international reputation over more than three decades in leadership positions in government and at the World Bank,” said Kenneth M. Jacobs, Chairman and Chief Executive Officer of Lazard. “She will be a strong addition as a Senior Advisor to our firm.”

“We are proud to welcome Dr. Okonjo-Iweala as a Senior Advisor to our world-leading sovereign advisory group,” said Matthieu Pigasse, Global Head of M&A and Sovereign Advisory of Lazard. “She will bring a unique international expertise and experience that will benefit both our sovereign and corporate clients.”

Dr. Okonjo-Iweala was Coordinating Minister for the Economy and Honourable Minister of Finance for the Federal Republic of Nigeria from 2011 until May 2015. Prior to that, she served as a Managing Director at the World Bank Group for four years. Dr. Okonjo-Iweala held several ministerial positions, notably as Minister of Finance for Nigeria from 2003 to 2006, during which she led the country’s successful debt relief negotiations. She started her career at the World Bank in 1982.