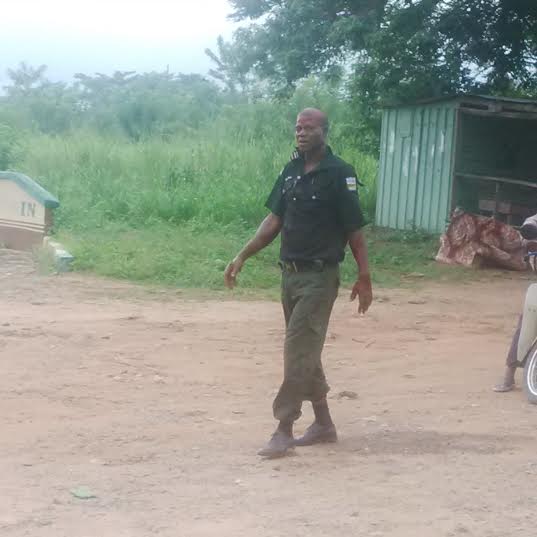 Nigerians are seriously vexing o. Lol! An unlucky police man was beaten up by enraged people at Ogbomoso road in Oyo state this morning after the police van he was riding in allegedly caused an accident in the area.
The eye witnesses said the police van was chasing a taxi for unknown reasons when the taxi crashed into another vehicle, veered into a nearby bush and burst into flames.

Shocked and enraged, people descended on the policemen who managed to escape in their van except for one and proceeded to make minced meat out of him (pictured above).

Check out more below 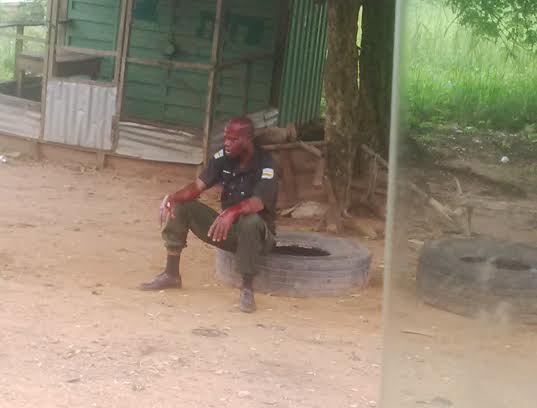 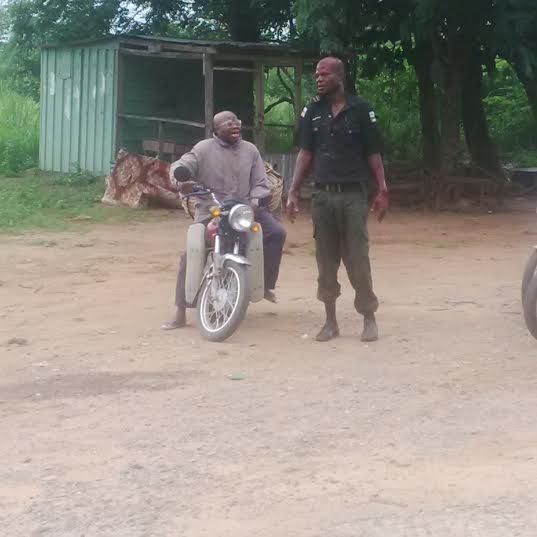 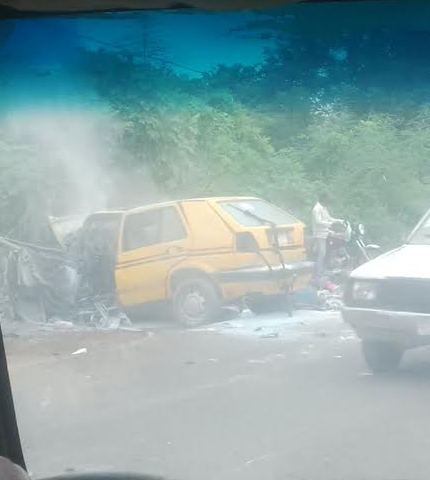 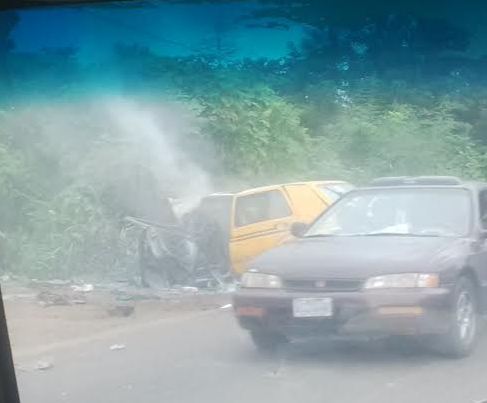