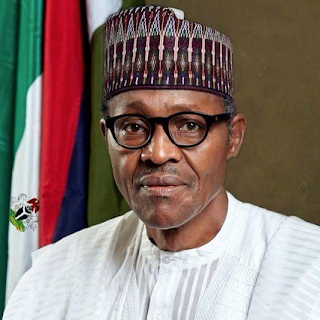 Two other political parties, the Labour Party and Progressive Peoples Alliance, have joined the main opposition party, the Peoples Democratic Party, in refusing to hang the portrait of President Muhammadu Buhari in their respective secretariats.
The two parties hinged their decision on the action of the ruling All Progressives Congress, which before it came to power, allegedly refused to hang the portrait of former President Goodluck Jonathan in its national secretariat.
Both the LP and PPA stressed that their action was a payback for the APC.
This is as chieftains of the PDP expressed divergent views on their party’s action, which was announced by its National Publicity Secretary, Olisa Metuh, on Tuesday.

“We will never hang his (Buhari) portrait in this office, because President Buhari is not known to our party. He is not a leader of our party and, therefore, we will never put his portrait here. We are a political party, very partisan and therefore, we are not going to hide that,” Metuh had told our correspondent on the telephone.

Punch  correspondents, who visited the national secretariat of the PPA, situated along Emeka Anyaoku Street, Area 10, Garki Abuja, on Friday, observed that the President’s portrait was conspicuously missing.
The National Chairman of the party, Mr. Peter Ameh, explained that the APC blazed the trail of “subtle civil disobedience” when it was in opposition.
Ameh said,

“Your storyline should be whether the APC had the photograph of ex-President Goodluck Jonathan. They did not. And that is the story; the APC did not have Jonathan’s portrait in the party’s national secretariat.
“Everything is about precedent. Throughout Jonathan’s tenure, the APC didn’t have his photograph; so, may be other political parties are also learning from the precedent set by the APC. They are following in the footsteps of the party during the last administration.”

A similar situation obtained at the national secretariat of the LP also situated in Garki.
The National Chairman, LP, Abdulkadir Abdulsalam, said the party did not have Buhari’s portrait, noting that apart from the fact that the APC never accorded Jonathan such respect, the new administration had failed to make the official portrait of Buhari available to it.
Abdulsalam said,

“We don’t have the photograph of President Buhari in our secretariat because the APC never had the photograph of ex-President Jonathan in their offices.
“We are supposed to get it but we don’t. The fact of the matter is that the Federal Ministry of Information should have called us, not only political parties, to say that the President’s photograph is available at the Federal Ministry of Information and that all organisations should apply for it.”

President Buhari Consults Obasanjo Over Some of His New Ministers