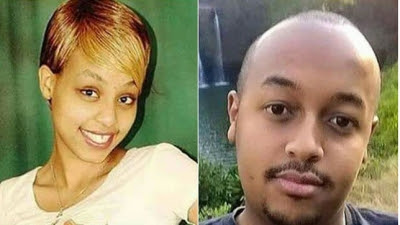 A 21-year-old woman, Wanjiru Kamanda has been arrested by police in Kenya, for stabbing her boyfriend, Farid Mohammed, 24, to death after she saw love messages from another woman on his mobile phone.

The deceased, it was gathered, was stabbed 21 times on the chest, stomach, neck, back and face. The victim reportedly died of the injuries after he was rushed to a hospital.

Sources said, the victim when confronted, denied knowledge of the sender of love messages she saw on his mobile phone, leading to an argument between them.

The suspect was alleged to have picked up a kitchen knife with which she stabbed Mohammed severally. Kamanda has been charged to court for murder, the Kenyan police said.
Related Topics:
Up Next

Buhari Shocks Many, Rejects Trailer Of Rams As Sallah Gift From Kastina Cabal

More Trouble! See What Tinubu Did To Pro-Saraki Senator