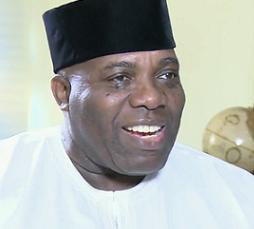 The former aide to the former President Goodluck Jonathan, Dr. Doyin Okupe has said that the ongoing ordeal of the Senate President, Dr Saraki is ominous and dangerous and may lead to a tragic end if wisdom and tack is not applied. Dr. Okupe made the post on his Facebook page. He wrote;

“To ordinary watchers of Nigerian politics, the ongoing ordeal of the Senate President, Dr saraki may be an interesting soap opera. But to more discerning minds it is nothing short of a tragic comedy.Over the years Nigerian politicians fail over and over again to convince anybody that they actually learnt anything from our checkered political history. This is why we have had many Republics in our national history.

Wiston Churchill said ” failure to act when action would have been simple and effective, lack of good reasoning, and confusion of counsel, all these lead to endless repetition of history.”

I am personally not a supporter of Dr Saraki and for good reason. He spearheaded the demolition of the PDP and the eventual catastrophic electoral misfortune of the Goodluck Jonathan ‘s Presidency.

Neither am I a detractor of the Senate President. However as a veteran politician I accept that all is fair in love and in war and as they say the end justifies the means.

But what is currently going on is ominous and dangerous and will require Wisdom and extreme tact from all the dramatis personnel.

I did in the past predict that the APC will break up, but that was before the APC formed the government. Now that they are in government, it is not in my interest or that of any reasonable or patriotic Nigerian to wish that they break up.

A break up of the APC now has the capacity to undermine the current political process and the entire political dispensation we are passing through to the detriment of the country and the innocent masses.

As it is now, while the law must be allowed to take its course, men with less passion, and more sense on ALL sides must rise to the occasion to manage this delicate matter in the overall interest of our Nation, our democracy and our people. Remembering always that an ill wind does not blow anyone any good.”