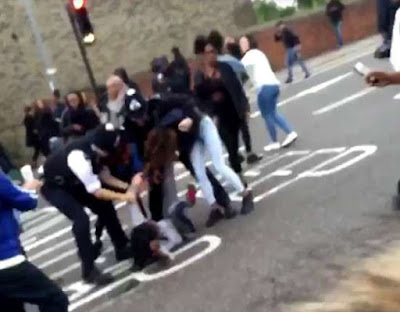 Riot that involved hundred of youths actually started when two British girls from rival schools fought over a boy.

Disturbing footage posted online shows groups of teenagers kicking and punching each one other outside Walthamstow Central tube station in East London at around 5pm yesterday, with further disorder reported later in the evening.

More than 100 officers were forced to close an entire street outside the station after the fight involving mainly teenage girls, with some brandishing baseball bats.One video of appears to show a young women ripping hair extensions from another’s head while in another, a young girl is beaten to the ground with a bat.

Another video shows a group savagely beating a girl lying on the floor, and another shows a young woman being arrested.The Metropolitan Police were shut down Hoe Street, where the station is located, in an effort to get the 200-strong crowd of youths under control.

The hashtag #WalthamstowRiots began trending on Twitter soon after the incident.  One local tweeted: ‘There’s basically a riot in Walthamstow’.Another said: ‘Police have the whole area sealed off – just been there, forget travelling down Hoe St’.
Hundreds of users on social media claimed it was sparked by an argument between two young women from rival colleges squabbling over a man. 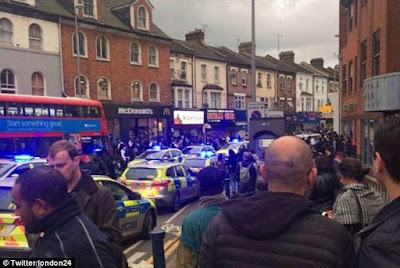 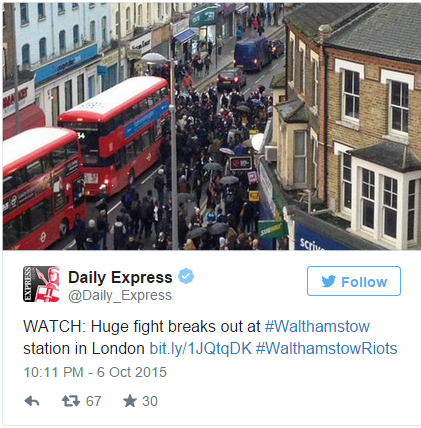