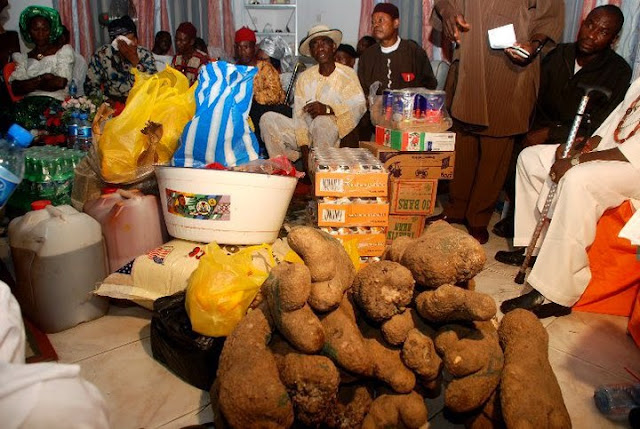 Family of a deceased woman have suspended her burial rites until her ‘husband’ who she was living with, performs her wedding rites. The woman, Chinyere Mbam, died from a snake bite she sustained while returning from the wake-keep of her friend, Oge Ogashi.

She was taken to a traditional healing home in the area for treatment and thereafter back to the husband’s home where she died. Her uncle, Ishiali Ikwe, confirmed her death.

But the deceased’s family have mandated her partner, Stephen Mbam, of Enyi Igwe Village, Ezzainyimagu community in Izzi Local Government Area of Ebonyi State to carry out her traditional marriage rites before she is buried. It was learnt that the woman had been living with Stephen for three years and their relationship produced a child even though he did not perform marriage rites.

Lmao….Things that happens in this world tho
According to the Uncle, the family, who are from same village, has put the burial on hold until Mr. Mbam performs traditional marriage on the deceased. He further said that Mbam’s family, in line with the tradition, have scheduled a date for payment of the bride price to be preceded by the wedding.