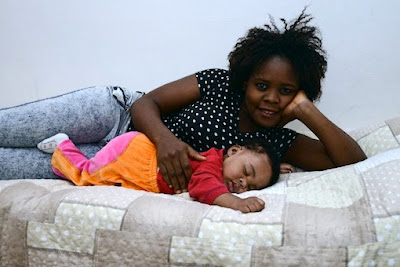 Aw! Dubbed “the princess of migrants”, a Nigerian baby born on the Italian ship that rescued her mother in the Mediterranean has become a symbol of hope for those braving the perilous crossing in search of a new life.

In early May, when the international press was cooing over the birth of Princess Charlotte into the British royal family, the photograph of another baby also landed in the headlines
Tiny Francesca Marina was shown sleeping, nestled in pink gauze, a closed fist resting against her face.
Her mother Stephanie, a 25-year-old hair stylist, had fled Nigeria two years earlier. After falling in love with a compatriot in Libya, she stayed there for a while. But when their relationship fell apart she headed to Italy alone.

“I was nine months pregnant. I had to take the boat, I had no choice, I couldn’t deliver (the baby) in Libya,” she told AFP.
Once the dinghy had set off across the Mediterranean, her contractions began.
“It was really difficult, I was sitting inside with the pain. There were a lot of people in the boat, we were just sitting really tight. The pain was too much.” 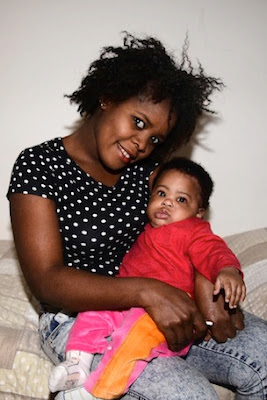 The migrants were rescued at night after around eight hours at sea by the patrol boat Bettica and it was there that Francesca Marina, named in honour of Pope Francis and her Italian rescuers, was born.
Stephanie does not really remember it: she fell unconscious and did not come to until she was at the hospital where she had been transported by helicopter.
The Italian authorities were also unaware of what had happened

.Although the captain of the Bettica recorded the birth in the ship’s logbook, neither the port authorities who review the logbook, nor the medical services passed on the information to the authorities, setting off a bureaucratic odyssey.

When Stephanie and her baby arrived at their current reception centre in Sicily — from where they would make their asylum request — their file was almost empty, said the centre’s director Antonio La Monica.

It took months of phone calls and several newspaper articles on the subject for any progress to be made, but finally Francesca was given her tax identification number — without which all doors remain closed in Italy.

Officially, aboard the Bettica is considered Italian territory, but as Italian law does not allow birthright citizenship, Francesca is Nigerian like her mother.

Why is everybody using hover-board???? Singer Jaywon tells