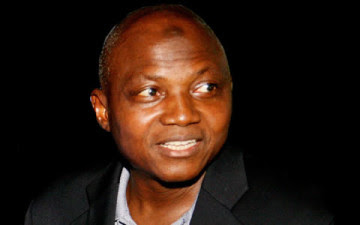 Yesterday, The Presidency said President Muhammadu Buhari had not broken any law by his decision to serve as the Minister of Petroleum Resources.
Buhari had while granting interview last week during his visit to New York said he would head the ministry, saying he would only appoint a Minister of State to assist him.
The decision has however attracted criticisms from some people who have argued that the nation’s constitution forbids a sitting President from holding another public office.
Some industry experts also claim that the position of a minister will divert Buhari’s attention from his presidential duties and make him wield too much power.
But the Senior Special Assistant to the President on Media and Publicity, Garba Shehu, in an exclusive interview with our correspondent, accused those he described as “briefcase-carrying crooks” as being behind the President’s criticism on the matter.
Shehu said because the said crooks were aware that Buhari would not “do deals” with them, they would not want to go down without putting up a fight, hence the criticism.
He said those in that category were not comfortable because the President was bringing integrity into the oil sector which he described as the most rotten in the nation’s economy.
He added that Buhari would also be bringing knowledge to the sector because beside the military, “the oil industry is one other area where the President is very knowledgeable.”
The presidential spokesman said,

“The President has a lot of experience to bring to the oil industry. Besides the military, the oil industry is another area where he is knowledgeable.
“Mr. President also has tremendous integrity which he is bringing to the sector which is the most rotten in the nation’s economy.
“The criticisms are coming from deal makers and briefcase-carrying cooks because they know that Buhari is not a deal maker.

“The deal makers are not ready to go down without shouting because they know that their days are over.”
On the claim that it is unconstitutional for a sitting President to hold another public office, Shehu said all the powers of the executive arm of government reside in the President.
He said Buhari could only be queried if he decided to venture into the legislative or judiciary arms of government.
“The President personifies the Executive. The power of the Executive arm resides in him. He can only be queried if he goes beyond the Executive arm and ventures into the Legislature or Judiciary,” Shehu concluded.
Related Topics:
Up Next

United States To Give President Buhari $2.3bn To Fight Poverty