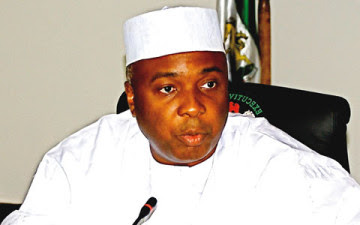 The Senate will on Wednesday decide the procedure for screening ministerial nominees submitted to it by President Muhammadu Buhari.

The Senate Leader, Ali Ndume, who said this in an exclusive interview with one of our correspondents on Thursday in Abuja, assured Nigerians that the screening of ministerial nominees would not be delayed by the upper legislative chamber.

Ndume said that the screening by the Senate would be thorough just as the nomination process adopted by the Presidency was.

He said, “The communication from Mr. President, which contains the list of the ministerial nominees and which remained sealed as I am talking to you, will be opened by the Senate President as soon as we resume plenary on Tuesday.

The Senate President, Bukola Saraki, had on Wednesday confirmed receipt of the ministerial nominees list from the Presidency.

Saraki also on Thursday said the process of lawmaking in Nigeria would no longer be business as usual.

He said he would ensure that the National Assembly under his leadership was people-oriented.

The Senate president spoke in an interview with State House correspondents shortly after taking part in an event to mark the country’s 55th independence anniversary inside the Presidential Villa, Abuja.

“I am hopeful and confident that the future is very bright. In the next few years, things will be even better.

“It will not be business as usual. We will ensure that the National Assembly will be people-oriented and will make laws that will make impact on Nigerians.”

In a separate interview, the Chief Justice of Nigeria, Justice Mahmud Mohammed, said the nation had been progressing on the right path.

“We will make it by the grace of God. We are on the right path,” he said.