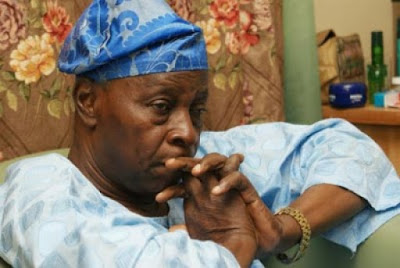 It looks like they want to sent this man to grave before his time!..Barely two weeks after some fulani herdsmen attacked and kidnapped the former Secretary to the Government of the Federation SGF, Chief Olu Falae, some herdsmen have again destroyed the same  farmland.

The farm Manager Bruno ‎Akhigbodemen conducted newsmen round the farm located at Ilado in Azure North Council area of Ondo State. Over one kilometer plantation of maize was destroyed during the invasion at about 2am on Monday.

‎Akhigbodemen said that the herdsmen arrived the farm with their cows and wrecked the havoc despite the horrible experience the workers and their boss had in the last two week sequel to their menace‎.

He pointed out that ‎effort by the guards to prevent the destruction of the farmland were rebuffed as they were threatened by the herdsmen until their cows grazed to their satisfaction.