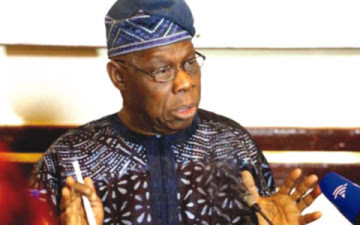 Former President Olusegun Obasanjo, has said the country is not doing badly as it celebrated its 55 years of nationhood on Thursday.

The former President, who spoke with journalists at his Hilltop Presidential residence in Abeokuta, Ogun State, noted that even developed nations of the world have had their own time of challenges.

He said Nigeria was also taking steps gradually to overcome its challenges.

Obasanjo said, “Fifty-five years in the life of a nation is comparatively young and when you look at the life and history of those that you may call settled societies or reasonably mature countries, we are not doing too badly.

“They have had missteps just like we are having missteps. They have made mistakes and most of them have learnt from their mistakes. They have been dynamic in the way they have progressed and I believe that we are doing the same thing.”

Obasanjo said the leaders and the led needed to ensure that “certain cardinal principles, cardinal features of our national life, and values” were not eroded.

“And then, we should also be willing to learn from our mistakes,” he added.