4 hours ago
Marriage Isn’t The Place For Entanglement — Pastor Laurie Idahosa
5 hours ago
“If A Man Wants To Take A Lady On A Date, He Should Buy Her Outfit Too” – UK Model, Eva Apio Says
6 hours ago
BBNaija’s Nina Welcomes A Baby Boy With Her Husband
6 hours ago
Nigerian Man Initiates Search For A Companion For His 60-year-old Mom
6 hours ago
Ini Edo Gets Her Akwa-Ibom State Appointment Renewed; Says She Looks Forward To Great Accomplishments

Yesterday, 19 members of the National Youth Service Corps (NYSC), who left the orientation camp in Phone State, were involved in a motor crash along the Lagos Ibadan Expressway at about 3:16pm.

The crash which was reportedly caused by overspending has left 19 Corps members injured, while 4 which injuries were determined to be more serious out of 37 NYSC members in the white civilian coaster bus were transferred to the Olabisi Onabanjo University Teaching Hospital (OOUTH) for treatment. 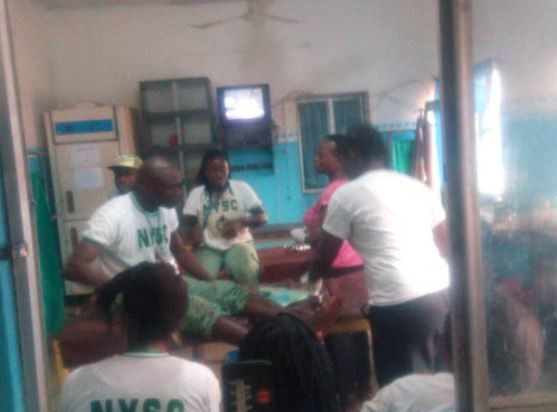 A statement by Florence Okpe, the Route Commander, FRSC Public Education Officer, Ogun State Sector Command on behalf of the Sector Commander, read: “19 new NYSC members that just passed out today from NYSC Orientation Camp in Ogun State escaped auto death along Lagos-Ibadan Expressway. The lone crash, involving a white Civilian Coaster Bus, occurred as a result of overspeeding around DANCO at about 1516hrs today. 19 adults (9 male, 10 female) were injured out of a total 37 youth corps members in the vehicle. The injured victims were evacuated to FRSC Accident Emergency Clinic at Sagamu, though four of the victims with more serious injuries were referred for further medical treatment at Olabisi Onabanjo University Teaching Hospital (OOUTH) Sagamu.”