I Go Dye called out Uduaghan for a number of things he did as a governor, including spending an exorbitant amount to buy generators to power an event center when he could have carried out the same project for way less.

In reply, Bovi reminded I Go Dye that he was friends with Uduaghan when he was governor and paid him numerous visits yet didn’t give him the advice he is currently giving. 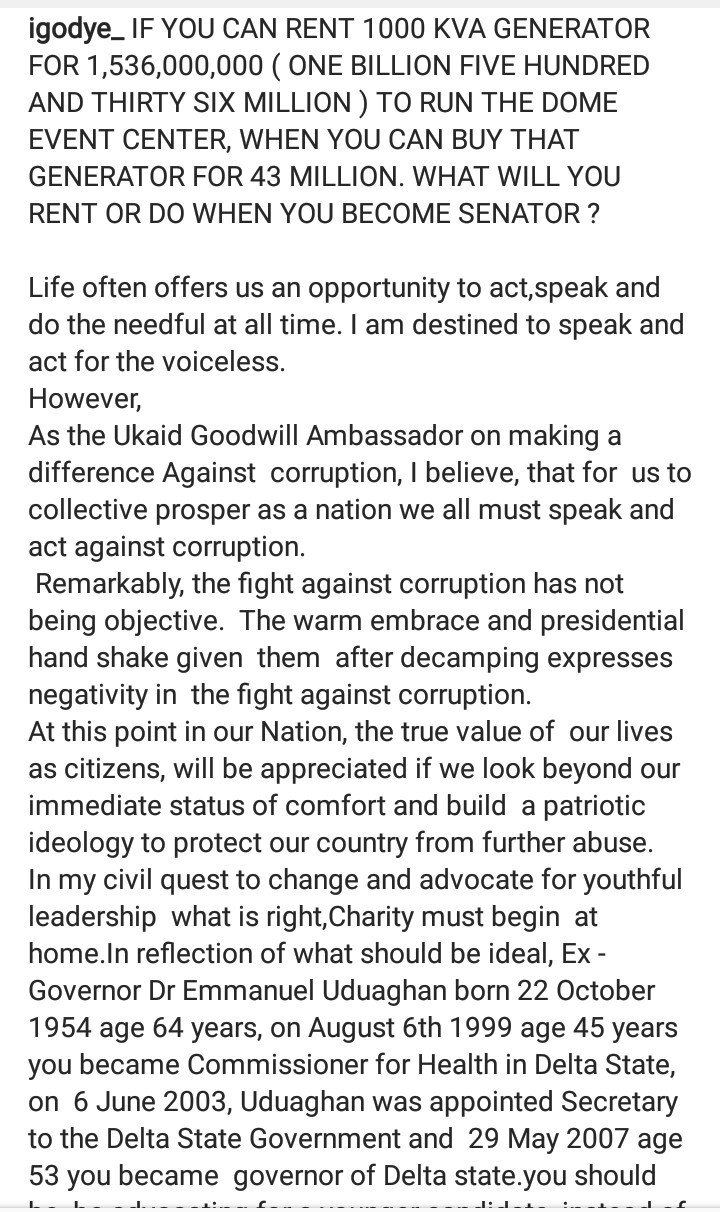 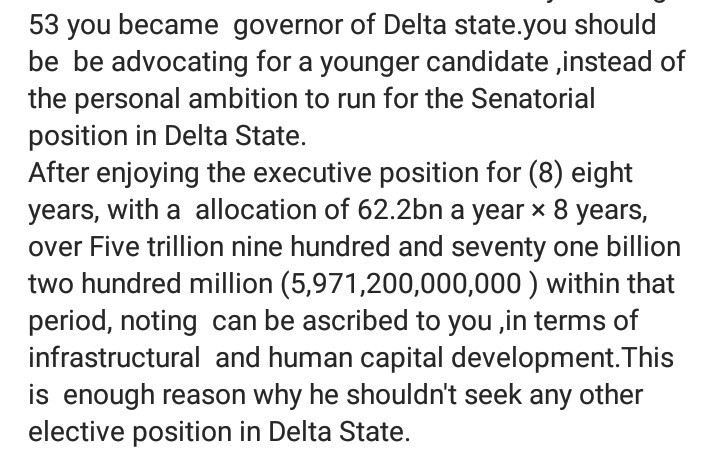 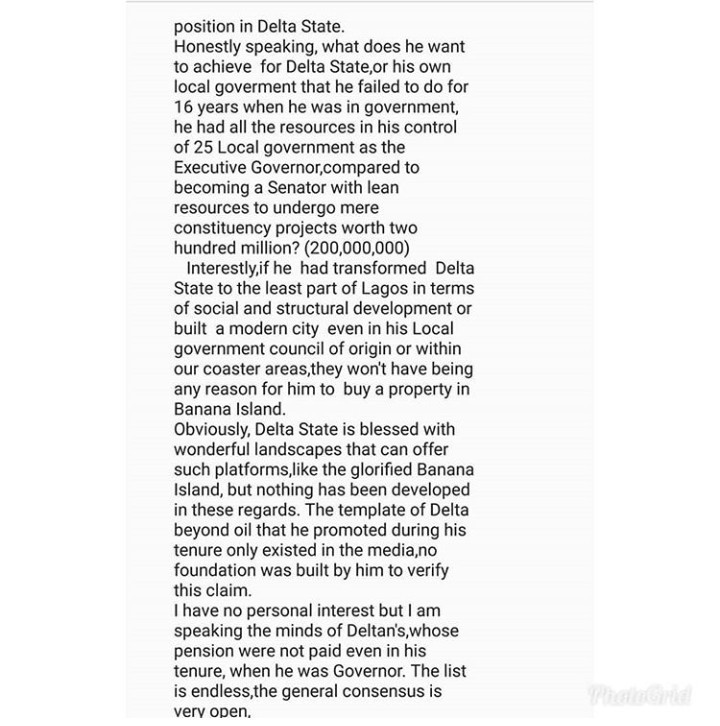 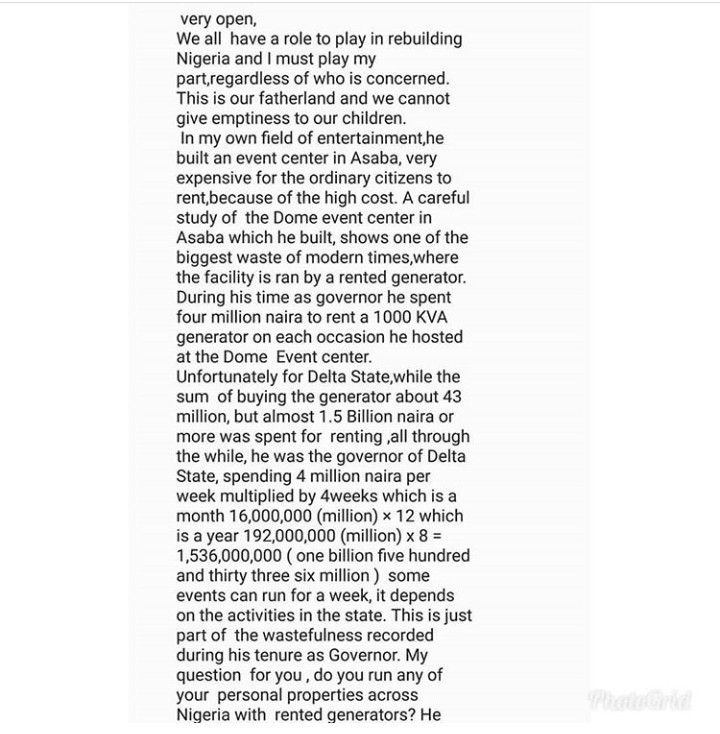 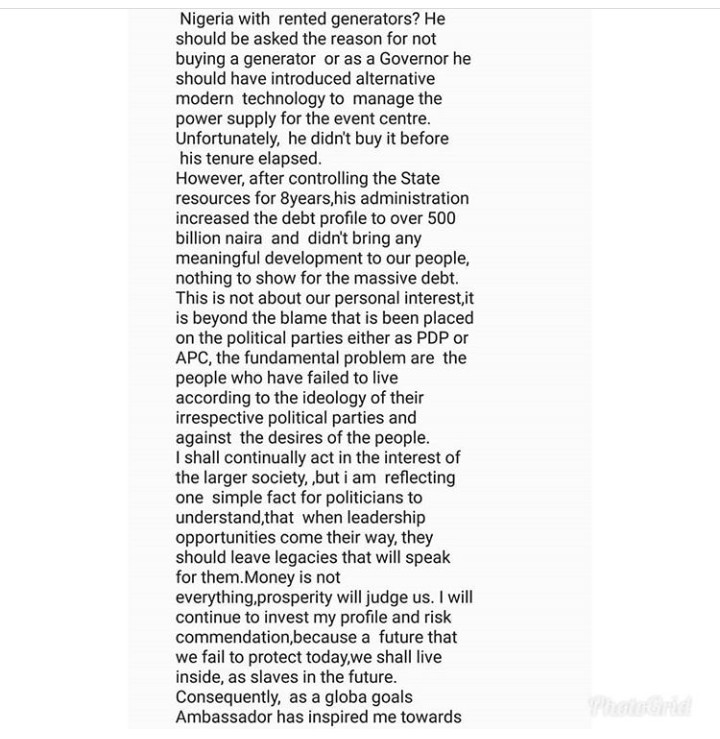 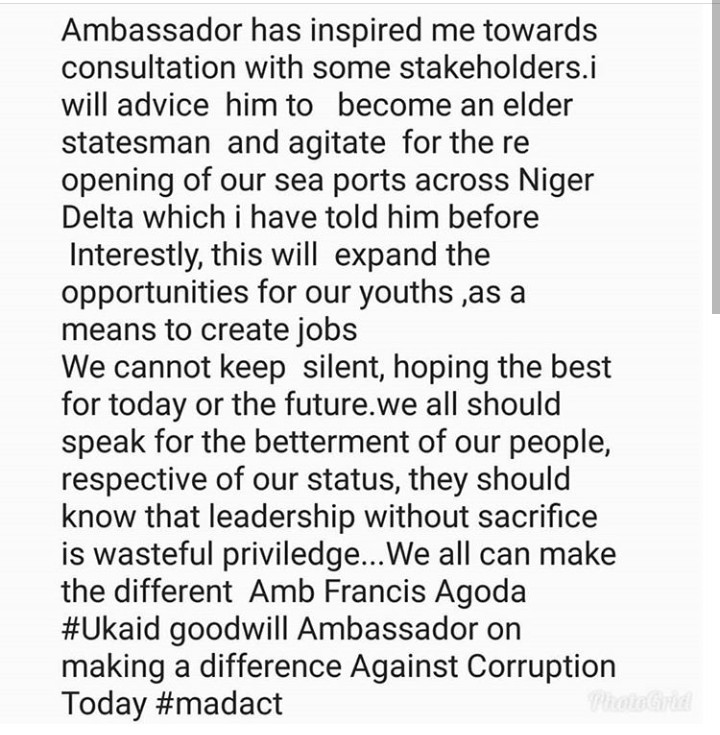