We earlier reported that an Ethiopian plane carrying 157 passengers on board crashed at Addis Abbaba.

It was later revealed that a Nigeria was among the victims. Zebra News has been able to identify the Nigerian. He is Pius Adesanmi, a native of Ondo State. 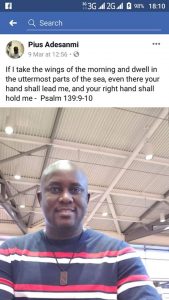