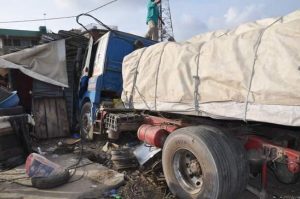 The Ogun State Command of Federal Road Safety Corps, FRSC, on Friday, said that 280 people died in 569 road traffic crashes in the state from January till date.

The Ogun Sector Commander of FRSC, Mr. Clement Oladele, made this known at the 2019 Annual Public Enlightenment Campaign of Sango-Ota FRSC Unit at Iju Garage, Ogun.

The theme of the campaign was titled “Choose to Arrive Alive,” the News Agency of Nigeria reports.

He described the development as worrisome, noting that most of the accident victims were breadwinners with many dependants.