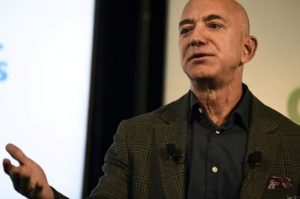 Amazon is endorsing the idea of government regulation of facial recognition technology, as part of a wide-ranging statement of its principles on a range of social and political issues.

The US tech giant, which has come under scrutiny by antitrust enforcers and has been criticized over its use of facial recognition software, set out its positions in a statement posted late Thursday on its corporate website.

Some of those stances, such as its endorsement of a raise in the federal minimum wage, were previously disclosed by Amazon.

On facial recognition, Amazon said it believes that “governments should act to regulate the use of this technology to ensure it’s used appropriately.”

The company noted that it offered its own set of guidelines for facial recognition that “protects individual civil rights and ensures that governments are transparent in their application of the technology.”