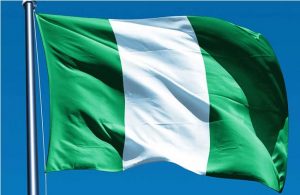 The Economist magazine has said that an estimated $600bn is believed to have been stolen from Nigeria since its Independence in 1960.

The story was published in its online edition of October 10. See excerpts.

Light-fingered tyrants are looking back wistfully. In past decades they could stash their illicit wealth in the West. Friendly lawyers, banks and middlemen were on hand to park the loot.

Sani Abacha, the military dictator who ran Nigeria in the 1990s, deposited billions of dollars in banks across the rich world, no questions asked. Western governments often seemed equally unfussed.

Such brazenness is becoming a bit harder to get away with. Anti-corruption campaigners and muckraking journalists have busied themselves trying to uncover stolen assets. Western governments, tired of seeing aid money stolen, have toughened up money-laundering and bribery laws.

Yet so much has been pilfered from Africa that tracking it all is tricky. Chatham House, a British think-tank, estimates that $582bn has been stolen from Nigeria alone since it won independence in 1960.

Britain’s International Corruption Unit says its investigations have led to the confiscation of £76m ($117m) in laundered loot since 2006. Another £791m has been frozen worldwide thanks to its work.

Yet, that barely makes a dent in the £100bn of illicit funds which Steve Goodrich at Transparency International, a watchdog, reckons enters Britain every year.

“Seizures are still the exception,” says Jason Sharman, an expert in international corruption at Cambridge University. “Dirty money still gets through most of the time.”