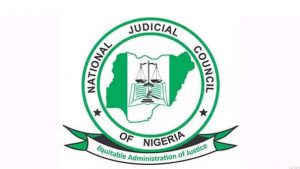 Socio-Economic Rights and Accountability Project, (SERAP) has sent an open letter to Justice Ibrahim Tanko Muhammad, Chief Justice of Nigeria and Chairman, National Judicial Council (NJC), urging him to develop measures and issue directives to all courts to respond to the disturbing trends by state governments and federal government to use the court as a tool to suppress citizens’ human rights.

SERAP said across the country, state governors and federal government were charging citizens, mostly journalists, bloggers and activists, with serious crimes such as ‘treason’, ‘treasonable felony’ or bogus crime of ‘insulting public officials’, simply for exercising their human rights.

In the letter signed by SERAP deputy director Kolawole Oluwadare, the organization said: “These charges, refusal of bail and granting of bail on stringent conditions seem to be dangerous manipulation of judicial authority and functions by high-ranking politicians, something which the NJC and the judiciary under your watch should resist.”

According to the organization, “The NJC should ensure that when the authorities disobey court orders and suppress human rights, they are not allowed to come to the court and seek reliefs until they purge their contempt. Otherwise, the justice system and the Nigerian constitution become a solemn mockery.”