15 hours ago
Being the face of Tiger Beer kinda makes me a BIG deal! – DJ Cuppy
15 hours ago
Saka is maybe the best youngster in the league – Lacazette
15 hours ago
How to Apply for the 2020 Tony Elumelu Foundation Entrepreneurship Programme
15 hours ago
Anietie Eyoh is a terrorist – Segalink
15 hours ago
Bullied Quaden Bayles’ family reject the $700k raised from a fundraiser set up by US comedian 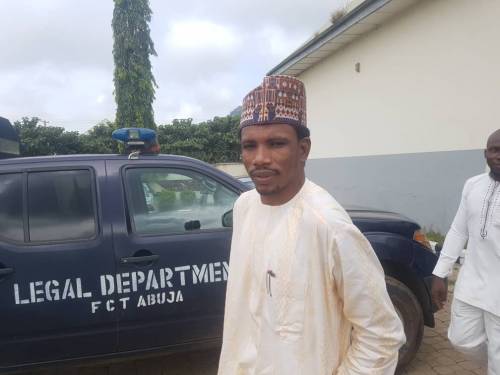 The Nigerian police have tendered additional CCTV footage of the alleged assault by Senator Elisha Abbo on a nursing woman in a sex toy shop before a Zuba magistrate’s court in Abuja.

At the resumed hearing of the case on Thursday the prosecution counsel, James Idachaba, who had opened his case at the last adjourned date told the court that they stumbled on additional proof of evidence of the closed-circuit television that captured the incident.

The second prosecution witness, investigation police officer, who was in court to testify in the case could do not do so as defence counsel Adegbite Adeniyi made an application for the adjournment of the case.

Adeniyi argued that he would need to apply for more time to enable him to watch the content of the video as he was just served in the court.