14 hours ago
You are evil if you are abroad and telling people not to come because ‘it is cold’ – Nigerian Man writes
14 hours ago
Breaking: Bobrisky Arrested, Cars Seized
2 days ago
Man Finds His Grave In The Cemetery- Done By His Ex-wife
2 days ago
Nigeria Ranks Lower On 2019 Transparency International’s Corruption Index
2 days ago
Usain Bolt reveals he’s expecting a child with his girlfriend Kasi Bennett (photos) 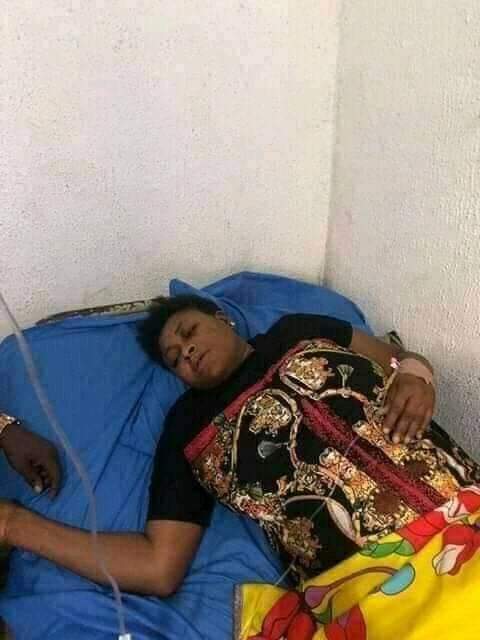 A twitter user has revealed how a prophetess who owns a church by name Onwaeze was poisoned by a junior pastor in order to take over the church, according to the twitter user, he revealed that this information was revealed on Facebook, although there were no details given if the prophetess survived the poison or not, but photos below shows that she was hospitalized and receiving treatments. But there is a serious enmity also in the church, there is serious competition gong on in church and there are many things that are not known going on in the church that needs to be controlled. 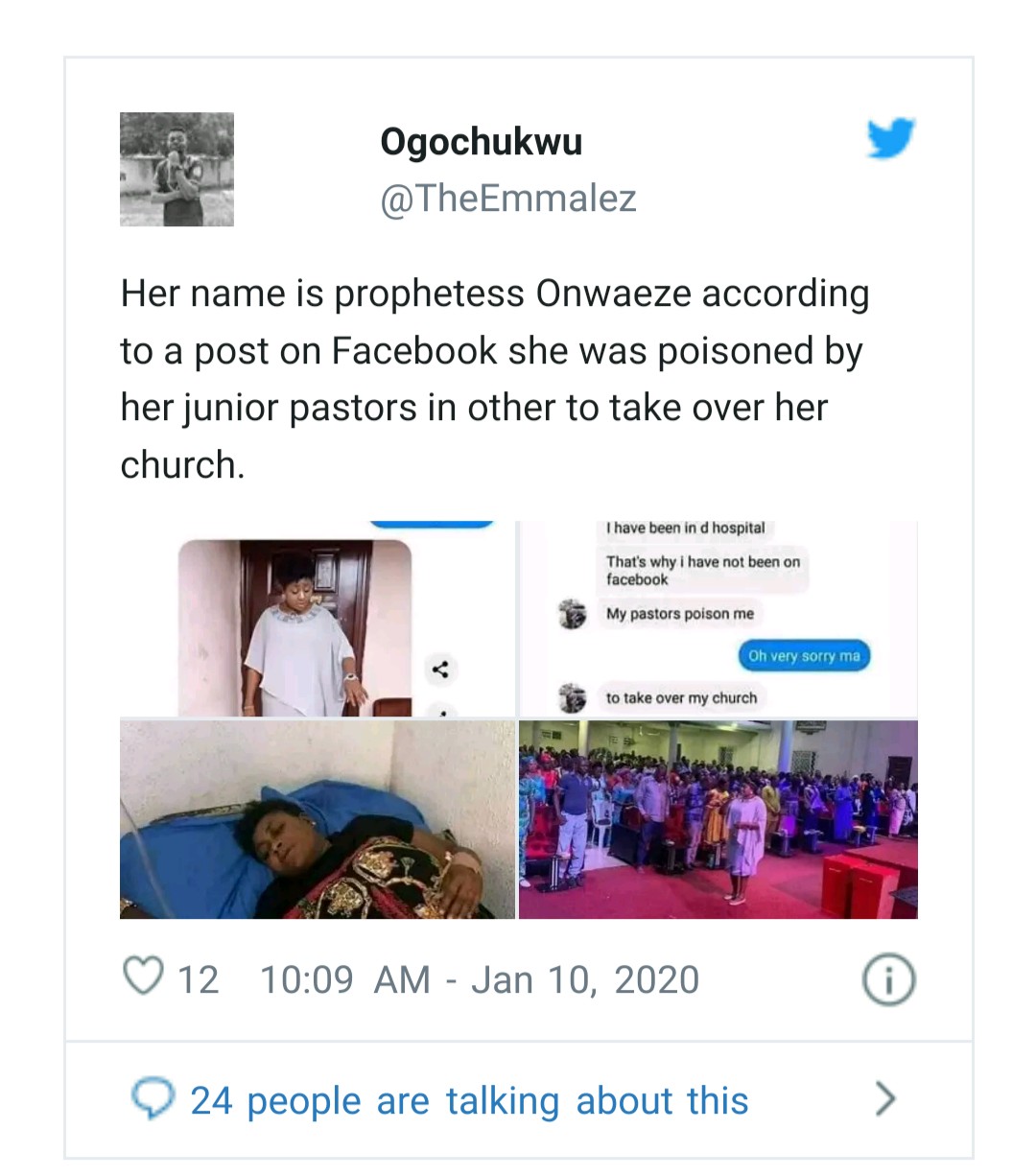