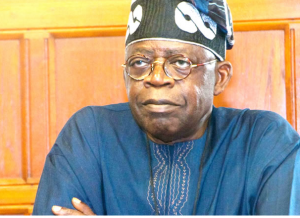 Tinubu, a two-term governor of Lagos State, had been courting President Buhari and the cabal — a group of power brokers at the Aso Rock Villa led by late Chief of Staff, Abba Kyari — with the hope of clinging the APC Presidential ticket come 2023.

Tinubu had strategically imposed his loyalist, Oshiomhole, a former labour movement leader in Nigeria, as APC Chairman hoping that he will pave the way for him to obtain the APC ticket for the 2023 presidential election.

Tinubu had also convinced himself that by surrendering his loyalty to President Buhari and the cabal he would be able to curry the favour of the Northern parts of Nigeria for his presidential ambition.