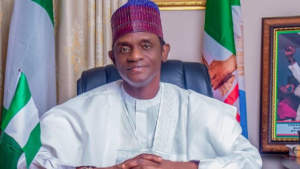 Newly appointed Caretaker Committee Chairman of All Progressives Congress and Yobe State governor, Mai Mala Buni, has said that the committee would carry all aggrieved members of the party along.

Buni, who arrived the party secretariat in Abuja shortly after the virtual National Executive Committee meeting headed by President Muhammadu Buhari on Thursday was accompanied by three governors to the APC secretariat.

Sahara Reporters revealed that He said, “As two time former National Secretary of this party, I know the party very well and I want to assure every APC member we will do justice because we have a government and as a team player, if we don’t manage crisis, crisis will manage you.

“Without justice there will be no peace. I promise justice for every APC members.” 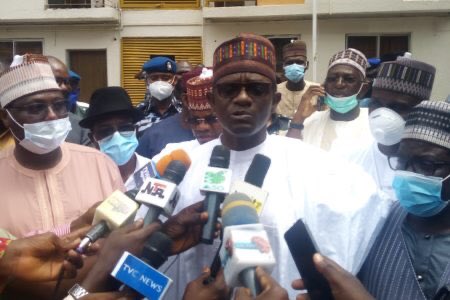