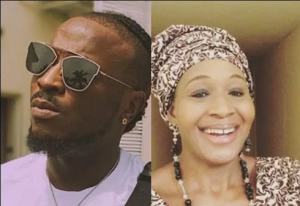 Popular Nigerian investigative journalist, Dr. Kemi Olunloyo has shared an audio recording of her investigation into the rape allegations against the singer, Peruzzi.

Dr. Kemi launched the investigation into the case in what she called ‘PERUZZI’ where she is trying to find the truth.

The journalist had also asked the singer to come and share his own side of the story.

Recall that the journalist had earlier spilled that Peruzzi had an affair with Chioma, his boss’ wife to be. Davido has also unfollowed Peruzzi in all of these.

Listen To The Audio Recording Here:

Where did the Peruzzi RAPE happen? Victim describes location and how it happened #IJPeruzzi #SayNoToRapists