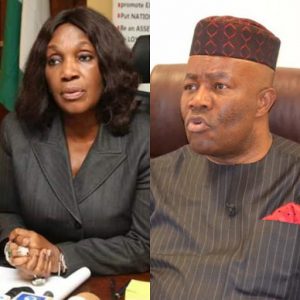 Senator Akpabio said that the former NDDC MD was fired due to negligence of duty, added that seven different letters were written for which she refused to reply to them, not even one, he said that Joy Nunieh, the former NDDC MD said that she is too big for the position and showed a high level of lack of interest.

Joy Nunieh had raised an allegation against the senator for attempting to bomb pipelines  while the country is struggling with economic recession, a serving Minister under the Integrity Buhari.