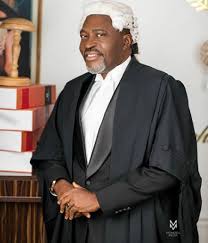 Nollywood actor Kanayo O. Kanayo finally makes his dream come through as Kanayo Modestus Onyekwere, Esq. MFR ( Barrister And Solicitor of the Supreme Court of Nigeria) is now a Barrister.

Anayo Modestus Onyekwere is a Nigerian actor. In 2006 he won the African Movie Academy Award for Best Actor in a Leading Role. In 1992, Kanayo made his debut movie appearance in the film Living in Bondage. Kanayo has starred in over 100 films.