Lil Nas X, the controversial American rapper, has put out a teaser for ‘Industry Baby’, his much-awaited single scheduled for release on Friday. 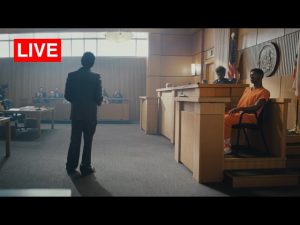 The less than three-minute video addresses the ongoing controversy involving the rapper and MSCHF, a Brooklyn-based art collective, over the production of “Satan Shoes”.

Nike had earlier sued MSCHF over alleged copyright infringement in the production of the shoes which features an inverted cross, a pentagram, and the inscription “Luke 10:18”.

The teaser released on Monday sees the 22-year-old rapper on trial in a court where he played the judge, the defendant, the attorneys for both sides, and a member of the jury.

The trial, however, took a dramatic twist when his sexuality became the topic of debate rather than the production of “Satan Shoes”, which was originally the crux of the legal battle.

“Mr. Nas X, are you gay?” the rapper asks in the video as one of the attorneys.

“What does this have to do with the shoes?” he answers as the defendant.

Amid the interrogation, the rapper had admitted to being gay while also acknowledging that his mother was aware of his sexuality.

Following his acknowledgment, the judge sentenced him to five years in “Montero State Prison” due to his sexuality without any mention of his involvement in the Nike lawsuit.

The rapper’s forthcoming project features Jack Harlow and is being co-produced by Kanye West as well as Take a Daytrip.

Lil Nas X rose to prominence after the release of his first single ‘Old Town Road’. He has gone ahead to garner several honours, including 2 Grammy awards, and 2 MTV video music awards.

Watch the teaser below: