Protesting students of the University of Benin brought the Edo State capital to its knee as they blocked the ever-busy Benin-Lagos Expressway and the Ekheuan Road over a N20,000 late registration fee imposed by the school authority.

At the Ekheuan campus of the school, the student who took over the road said they blocked the road to protest the institution’s ‘indiscriminate increment in their school fees.’ 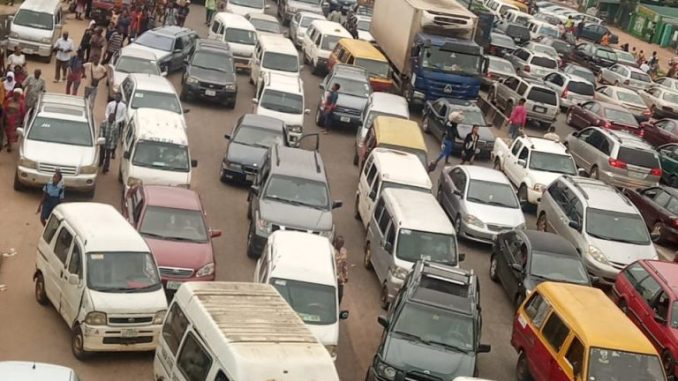 The Benin-Lagos Expressway was also blocked for hours by the protesting students of the Ugbowo campus of the university.

The protesting students who carried placards bearing inscriptions as: ‘Federal Uni don turn BOWEN’; ‘UNIBEN no be BOWEN, urgent 20k no be our budget’; ‘Oppression comes in different forms’; ‘We didn’t sign for this injustice’, played solidarity songs with public address sound system.

A student said they were protesting an additional N20,000 to their school fees within two weeks when the portal was opened, adding that the same portal has been frequently down thereby denying access to those who want to pay.

According to the student, when the portal was opened, they were given till September 3 to pay their fees with the warning that any payment after the date attracts an additional N10,000.

The student added that immediately after the date, the additional N10,000 was added without any prior information to that effect, bringing the increment to N20,000.