Laurel came in double for Governor Babajide Sanwo-Olu, over the weekend. Independent Newspaper, a foremost national daily, named Sanwo-Olu as Governor of the Year for Infrastructure and Urban Renewal. The Governor, the newspaper said, has matched his campaign promises with actions, delivering tangible projects across Local Government Areas in Lagos.

Also, Sanwo-Olu was voted by Nigerians as Silverbird Man of the Year, becoming the 20th recipient of the prestigious award initiated by the Silverbird Group to celebrate public and private citizens whose actions have shaped the course of development positively. The Governor received both awards at separate events organised by the awarding institutions at Eko Hotels and Suites in Victoria Island, Lagos.

The newspaper held its own event on Saturday, Silverbird Group’s ceremony was held on Sunday evening. Independent Newspaper said Sanwo-Olu was shortlisted for the prize for providing service-centred leadership in Lagos, stressing that the Lagos Governor had become the reference point for excellence in public service in contemporary time.

Independent newspaper said- “The methodical implementation of the THEMES Agenda of the Sanwo-Olu administration is an eloquent testimony to the Governor’s resolve to transform Lagos State into a leading mega-city. From Ikorodu to Badagry, from Epe to Alimosho, from Agege to Satellite Town, more than 301 inner roads were rehabilitated and modern infrastructure in schools, health care and transportation spring up daily.

“His magic wand is visible in education, with the introduction of Eko EXCEL programme to revolutionise primary school in Lagos. Education appears to be the dearest project to Sanwo-Olu.

He is determined to leave no child behind in his drive for quality education. #foragreaterlagos 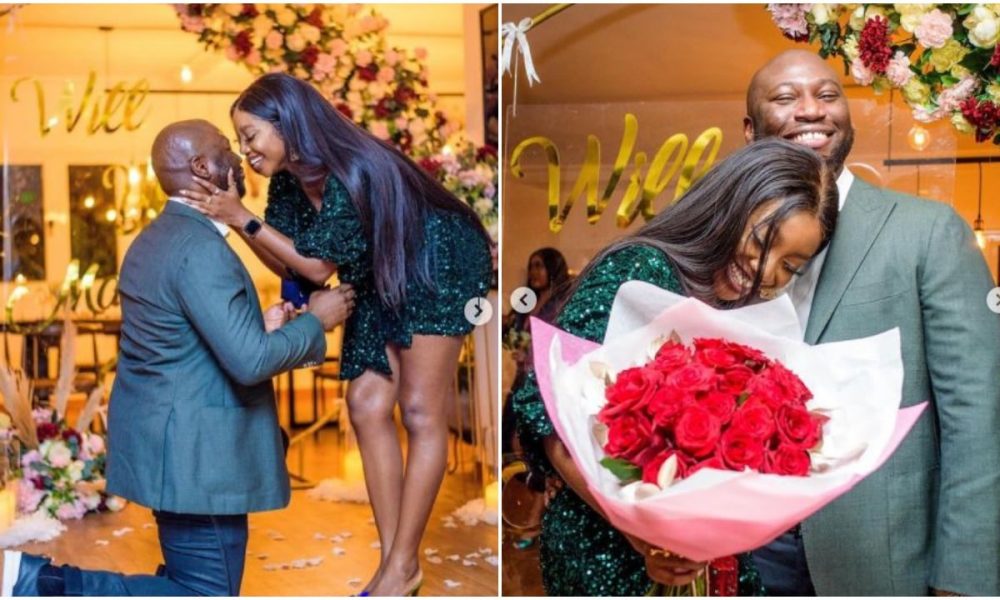 Ini Dima-Okojie, the Nollywod actress, has tied the knot with her dream man Abasi Ene-Obong.

The film star shared a slew of photos from her civil wedding in two different Instagram posts on Friday.

The ceremony took place the same day, May 20. The couple got engaged in July 2021 and held their traditional wedding in November of the same year.

Ene-Obong is an entrepreneur who doubles as the founder of 54Gene, a biotechnology company.

The actress had revealed that their love story started after Abasi — who was her fan on Instagram — bought her Malteser chocolate about three years ago.

At the time, Ini said she had taken to her Instastories to rant about how she was unable to get her favourite chocolate in Lagos.

Upon seeing her post, Abasi had sent an email to her from London, telling her he would love to send some Maltesers chocolate to her.

According to her, she got a whole bag filled with Maltesers, her favourite chocolate, a few days later and they got along thereafter. The award is Brother shaggy’s first since the AMVCA awards started.

Shaggi who wasn’t nominated in Online Social Content Creators’ award, a category his fans expected him to be among the nominees.

The AMVCA is a annual awards that rewards talents of filmmakers, actors and other crew involved in film production.

‘Ayinla,’ a movie by Tunde Kelani, the ace filmmaker, has won the ‘Best African Narrative Feature’ award at the 2022 Pan African Film Festival.

Kelani announced the win in an Instagram post on Thursday while also congratulating everyone who played a part in the movie’s success.