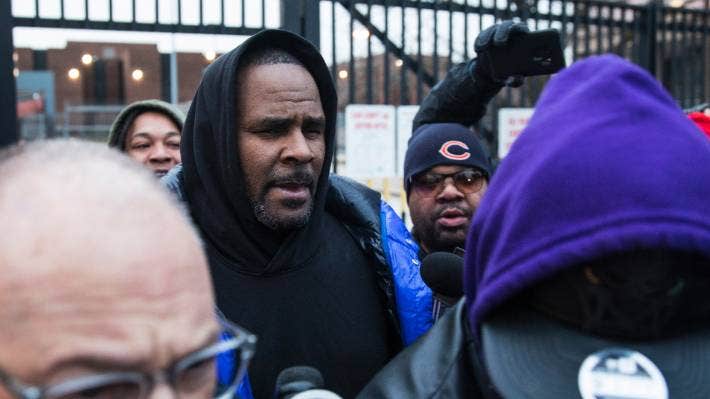 R. Kelly could face decades in prison when sentenced on Wednesday, US attorneys have speculated.

The embattled singer has been in detention for months, awaiting his June 29 sex trafficking sentencing.

He will be sentenced at the US district court in New York.

In September, a New York jury convicted the pop star of racketeering and eight counts of sex trafficking.

He was accused by multiple parties and found guilty of running a scheme to sexually abuse women and children.

According to BBC, US attorneys who spoke of the odds against him said he might spend at least 10 years in prison.

Some prosecutors speculated about 25 years behind bars, with the maximum possible sentence being life in prison.

His legal team argued that he deserves no more than a decade because he is “not currently a risk to the public”.

His sentencing followed a six-week trial that heard how he trafficked women between different US states.

He was said to have been assisted by managers, security guards, and other entourage members for over two decades.

Prosecutors in the case were quoted as saying he showed a “callous disregard” and no remorse for his victims.

“Indeed, the defendant’s decades of crime appear to have been fuelled by narcissism and a belief that his musical talent absolved him of any need to conform his conduct,” they said.

“No matter how predatory, harmful, humiliating or abusive to others – to the strictures of the law.”

He is also due to face sex abuse charges in Illinois and Minnesota. 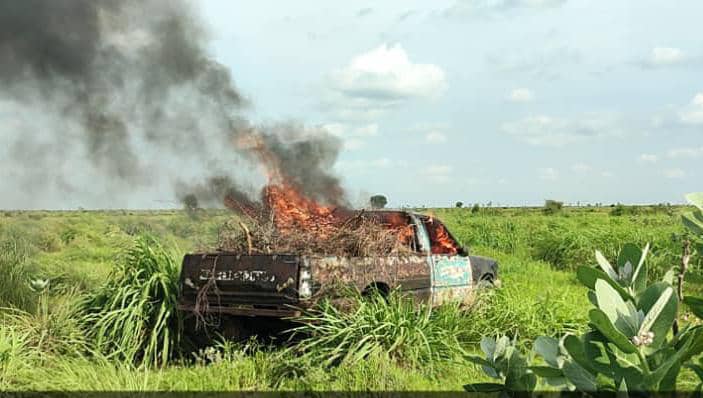 Troops of the Nigerian Army have reportedly arrested some women near Maiduguri, the Borno capital, for delivering foodstuffs and petrol to insurgents.

Some of the suspects arrested by troops of 195 battalion of operation Hadin Kai were identified as Hadiza Ali, Kelo Abba, Mariam Aji, Kamsilum Ali, Ngubdo Modu and Abiso Lawan.

According to Zagazola Makama, a publication focused on counter-insurgency operations, an intelligence officer said “large quantities of logistics” meant for insurgents were discovered with the suspects.

“During search, different items including large quantities of fuel, mosquito nets, noodles, among others, were recovered,” the officer was quoted as saying.

“Upon systematic interrogation, the females confessed to being Boko Haram members operating within Muna Garage IDP camp, Mafa, and Dikwa, with their fighters’ camp at Boboshe and Gulumba riverline in Dikwa LGA.

“They revealed that the garri was packed in the gallons in order to beat checkpoints and also to help preserve it against rain, as the garri and other items are buried in the ground at their agreed exchange points, where their fighters collect them.

“They also admitted acquiring, for their fighters, kidnap targets based on valuation of individuals, based on sometimes number of cows owned or size of farms.

“They also informed troops that they were given money ranging from N50,000 to N20,000 for each trip, and went for about two to three trips a day, depending on the activities of soldiers.

“Following this information, troops immediately embarked on a follow-up operation to the Boko Haram camp and contact was made around Gaza where one Boko Haram member was neutralised.”

Five people were also said to have been rescued by the troops. 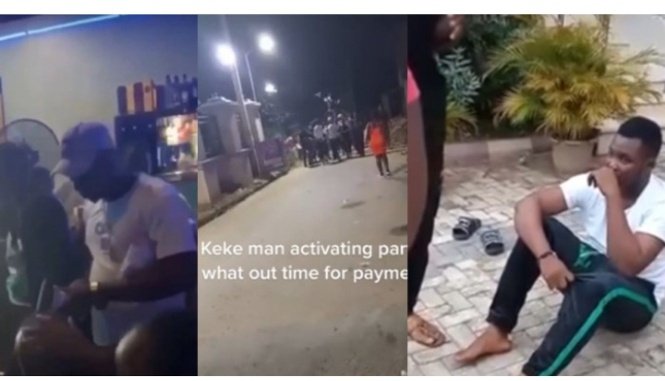 A man who rides tricycle (keke napep) for living has gotten himself into a hot mess after he reportedly squandered N3.7 million.

It was gathered that he was helping someone keep the money, but he decided to use it to make a loud statement at a nightclub.

A video circulating online shows him spraying bundles of money for fun-seekers at the club.

He continued the money-spraying while leaving the venue and by the end of the night, he had reportedly sprayed it all.

However, when the person who loaned him the money learnt of his reckless adventure, he confronted him and demanded repayment.

The keke driver was unable to pay back the cash he spent lavishly, o the owner of invited police to arrest him.

Footage shows him sitting on the floor and being interrogated after he was arrested by men of the Nigeria Police.

The anti-graft agency announced the development in a statement on Monday.

According to the statement, the suspects were arrested on Thursday during an operation.

“They were arrested in the early hours of Thursday, August 4, 2022 in a sting operation at various locations in Port Harcourt, Rivers State.

“They were arrested based on an intelligence report on their alleged involvement in internet fraud.