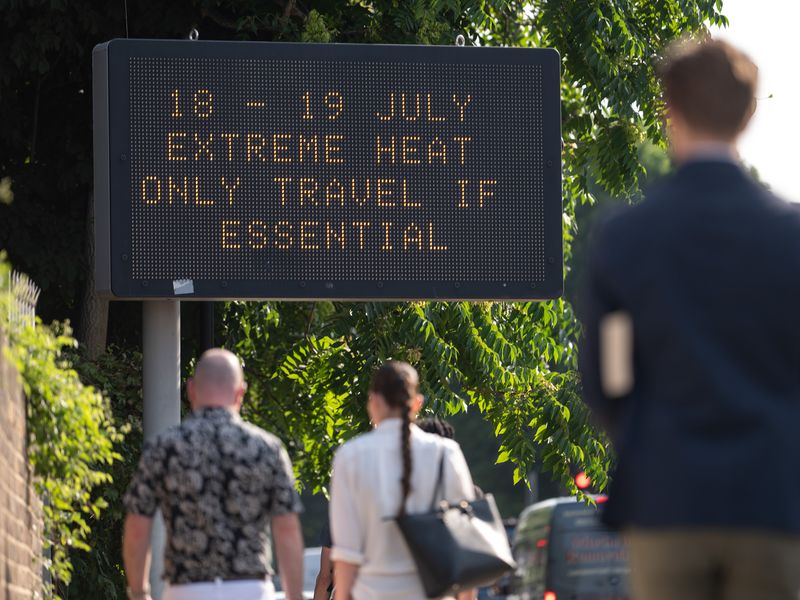 Temperatures in the UK are set to hit a record Tuesday as a heat wave disrupts travel, business and schools, and poses a risk to lives across the country.

The temperature will most likely exceed 40 degrees Celsius (104 degrees Fahrenheit) across eastern England, breaking the previous record of 38.7°C set at the Cambridge Botanic Garden on July 25, 2019, according to the Met Office. That follows the warmest night on record, when temperatures didn’t fall below 25°C in parts of the country.

Increasingly frequent and intense heat waves are the direct result of climate change, and temperatures this extreme are set to become more common as the world continues to burn fossil fuels. Brutal conditions have already struck India, the U.S. and western Europe this year but represent a particular challenge for regions unaccustomed to scorching temperatures.

Daily life has been disrupted across usually temperate Britain. Trains have been delayed or canceled, schools have closed early, and workers have been stranded at home.

The UK’s Met Office issued its first ever red emergency warning for extreme heat for Monday and Tuesday, warning of the potential for power outages, road closures and even loss of life. It has also extended its most severe warning for the risk of fires over most of England Tuesday.

The worst impacts of the intense conditions — which rolled into the UK after causing widespread forest fires in Spain and Portugal — may not be tallied until later. A succession of heat waves in 2020 led to 2,556 excess deaths, according to Public Health England.

The Met Office recommended closing curtains to keep rooms cooler, and to drink plenty of water. The risk of wild fires remains very high for large parts of England, according to the Copernicus Emergency Management Service.

Travel Disruption
Railways can start to buckle at certain heat thresholds, requiring trains to run at slower speeds or not at all. It can also become impossible to do maintenance on equipment when the temperature is too high.

Transport for London told people not to travel and suffered severe delays due to heat-related restrictions on a number of lines of the London Tube, including the Central and District lines. The Hammersmith & City line was suspended entirely because of heat.

Thameslink and Greater Northern trains out of London, including those serving Luton airport were canceled Tuesday morning. Thameslink and Gatwick Express services are also not running to Gatwick airport.

Temperatures should start to ease later Tuesday as cooler weather moves in from the west. The biggest relief should come Wednesday evening when temperatures drop to the low 20s Celsius — around average for the season. 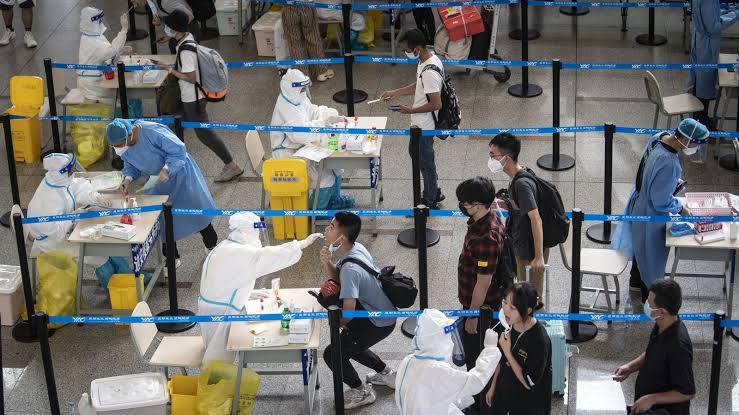 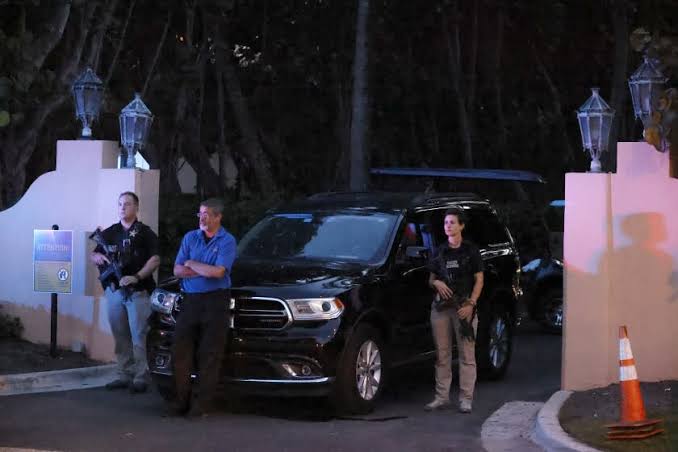 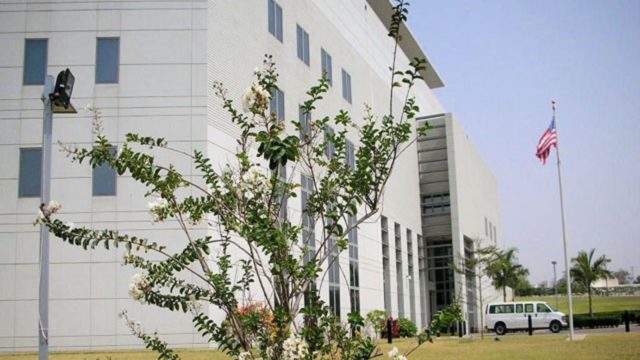