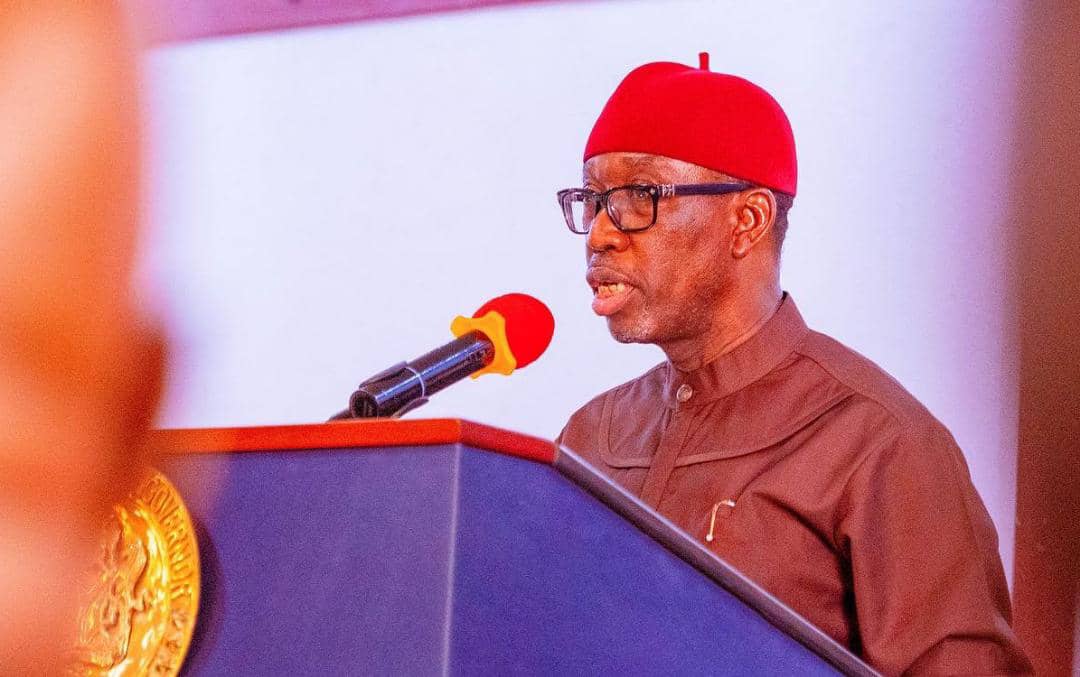 Ifeanyi Okowa, governor of Delta, says Peter Obi, presidential candidate of the Labour Party (LP), does not have the needed experience to lead Nigeria.

Okowa, who is the vice-presidential candidate of the Peoples Democratic Party (PDP), spoke in an interview with BBC pidgin.

While admitting that Obi has experience from being a former governor, he, however, added that it is not “deep” enough to lead Nigeria.

“Some of us are still here. At every party, there are good people and bad people. But today’s Nigeria is very troubled and we need the right person. That is why I am appealing to our youths be wise and vote well, they should not be blinded by the concept of a false change because that is how they raved on Jonathan in 2015.

“His (Obi) previous experience is not enough for this one (presidency), it will be hard. His experience is not deep enough. Even as a current governor ruling in a time of crisis, I know how hard it is. I even want to learn under Atiku because he has experience with the federal government. The thing is not easy. For them to have handled the economy at that time and made it something better, offering hope, creating jobs, and filtering the society, was not easy because it’s a bigger thing. So someone is supposed to learn through that. If you look at Obi’s experience you’ll know it’s small.

Speaking on the crisis in the PDP, Okowa said Nyesom Wike, governor of Rivers, is his friend and that he is making an effort to reach out to him.

“We’ve been talking internally, everything is being settled. You know that when something happens and everybody can’t agree, it’s settled bit by bit. That is what we’re still working on from the inside. We are finding a way to talk I’ll say, he is my friend, I am his friend, and we will find a way to talk,” he said.

“Atiku has said his own version of what happened, and I am sure that version he said is the true position. I am also not saying that Wike is lying, but if someone carries their anger, it is important to air your views. For us in the party, it’s about how to bring everybody together, how all of us can work together. Wike is still a very important member of the party, he has worked so hard for the party as many of us have worked hard too so we pray that everything comes together and we talk. I’m sure very soon we’ll be sitting down.” 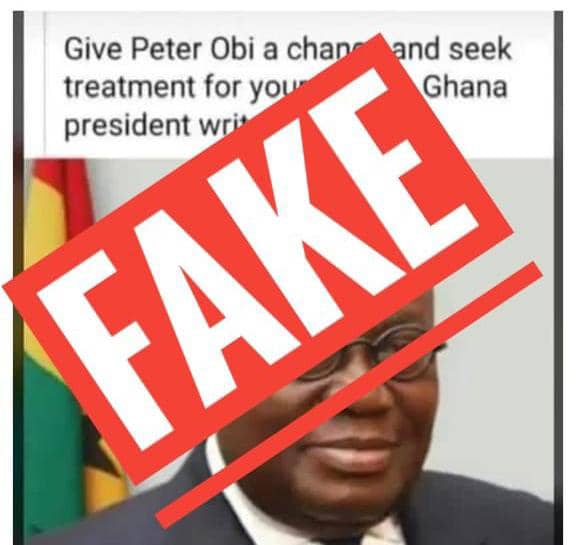 Nana Akufo-Addo, president of Ghana, has disowned a Facebook post claiming he advised Bola Tinubu, presidential candidate of the All Progressive Congress (APC), to give Peter Obi a chance.

The Ghana president said he did not author such a post and will never interfere in Nigeria’s internal affairs and politics.

“My attention has been drawn to a disturbing post making the rounds on social media, where it is alleged I have written to the 2023 presidential candidate of the APC, Asiwaju Bola Tinubu, to ‘give Peter Obi a chance and seek treatment for his health’,” Akufo-Addo wrote.

“This is completely false and mischievous, with no iota of truth whatsoever in it.

“I have written no such letter to the APC leader, and it will not occur to me to do so.

“Ghana and Nigeria boast of decades of cordial, strong and brotherly relations, and I am not going to be the one to interfere in the internal affairs and politics of Nigeria.”

My attention has been drawn to a disturbing post making the rounds on social media, where it is alleged I have written to the 2023 presidential candidate of the APC, Asiwaju Bola Tinubu, to “give Peter Obi a chance and seek treatment for his health”. 1/3 pic.twitter.com/qdDkyNNbtz 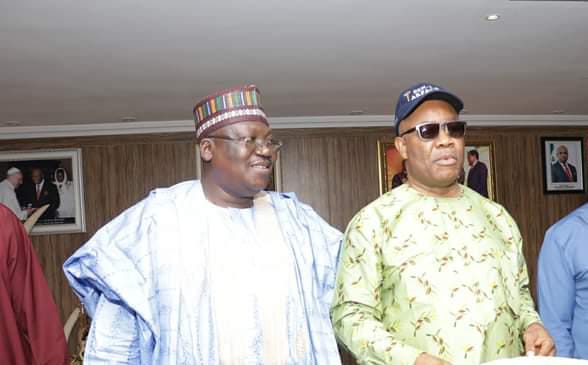 The Independent National Electoral Commission (INEC) has denied the claim that it has recognised Ahmad Lawan and Godswill Akpabio as senatorial candidates of the All Progressives Congress (APC).

Meanwhile, APC had submitted the names of Lawan and Akpabio as senatorial candidates, despite the controversy that surrounded the primaries of the party.

On Tuesday, an online report had claimed that INEC had “backdated” the certified true copies of its report on the APC primaries to accommodate some aspirants.

Reacting to the report, Festus Okoye, INEC spokesperson, in a statement on Tuesday, said it defies logic for the commission to “doctor” documents to recognise Akpabio and Lawan after it had refused to publish their names.

“Not for the first time, our attention has been drawn to a story published by an online medium that the Commission has doctored, backdated and certified documents to accommodate the nominations emanating from Yobe North and Akwa Ibom North West Senatorial Districts in respect of Senators Ahmad Lawan and Godswill Akpabio,” the statement reads.

“Nothing can be further from the truth. As evidence of the alleged role played by the commission, a certified true copy of form 9C uploaded by their political party and received by the commission on 17th June 2022 when the nomination portal closed was presented.

“For clarity, the form EC9 (submission of names of candidates by political parties) is the form uploaded by parties on the INEC nomination portal.

“This is clearly indicated on the title of the form which was received on 17th June 2022 when the portal closed. What follows is the publication of the personal particulars of nominated candidates which was done a week later.

“The forms of the two personalities in question were not published by the commission. The decision of the commission triggered legal action which is still ongoing.

“It therefore defies logic and common sense to go around and submit doctored documents purportedly recognising the duo as candidates when the matter is clearly sub-judice.

“As part of the ongoing case in Court, a law firm requested the Commission for a Certified True Copy (CTC) of the Form EC9 submitted by the All Progressives Congress (APC) as its candidate for Akwa Ibom North West Senatorial District which we are duty bound to oblige them under the law.

“The form was certified on 15th July 2022. If minimum care had been exercised by the promoters of the story, they would have seen the two stamps of the Commission bearing different dates on the Form. It is this Form that is now misconstrued as INEC’s endorsement.

“For the record, the commission has not recognised any of the two personalities as a senatorial candidate.”

JUST IN: Dariye and Nyame released from Kuje prison — 16 weeks after state pardon

At a council of state meeting presided over by President Muhammadu Buhari in April, Dariye and Nyame were among 159 inmates pardoned.

They were granted pardons on the grounds of age and ill health.