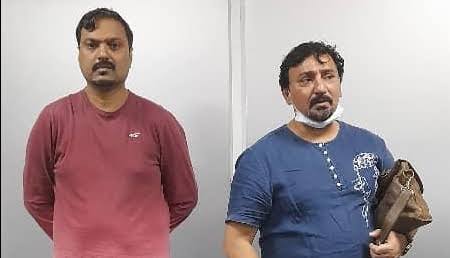 The National Drug Law Enforcement Agency (NDLEA) says it has arrested two businessmen, who had been on the run, for their alleged involvement in drug trafficking.

Femi Babafemi, NDLEA’s spokesman, said one of the suspects, Nnebo Christopher, was wanted for his role in the importation of 40 cartons containing 346,800 pills of co-codamol.

He said co-codamol is a combination of paracetamol and codeine and was seized at the cargo wing of the Murtala Muhammed International Airport (MMIA) local wing in March 2022.

He added that Christopher was arrested on November 3.

Babafemi also said Omeje Oliver, an automobile parts dealer, who had been on the run since April, was arrested on October 31 in Enugu.

He said Oliver fled to Enugu after abandoning his business at Aspanda, Trade Fair Complex Lagos.

Oliver was wanted in connection with the seizure of 600 grams of heroin concealed inside soles of ladies’ footwear going to Liberia on April 16.

In another development, operatives on patrol on Malumfashi-Zaria Road, in Katsina state, arrested Bukar Haruna, a blind Nigerien, and his Saka, his son, for drug trafficking.

Babafemi said the suspects were arrested while heading to Niger Republic with 20.5kg of Indian hemp and 10 grams of Exol-5.

He said NDLEA also recovered no less than 2,685.5kg of Indian hemp in four different operations in Edo the last week.

He said 53 bags of Indian hemp weighing 742.5kgs were seized on November 2 at a camp in Esioriri, Owan east LGA of Edo where four suspects were arrested.

Another raid in the house of one Joy Zubaru led to her arrest with 30.5kg of Indian hemp recovered.

In the same vein, NDLEA operatives stormed the Egbeta Forest in Ovia northeast LGA of Edo on November 3 and recovered 112 bags of Indian hemp and eight bags of seeds weighing 1,598.5kg.

“In Mubi area of Adamawa, operatives intercepted a Toyota Corolla car transporting 9,600 pills of tramadol on Tuesday November 1,” he said.

“A follow-up operation later led to the arrest of the owner of the consignment, Mamuda Ramadan.

“Another suspect, Alhassan Muhammed, was arrested on October 30 on the Abuja-Kaduna Expressway with 136,000 pills of tramadol concealed inside his car’s spare tyre.”

JUST IN: US court finally sentences Hushpuppi to 11 years imprisonment for fraud 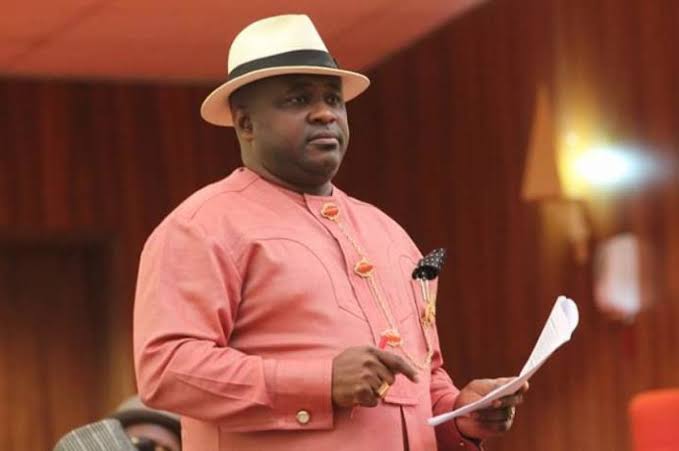 A federal high court in Akwa Ibom has sentenced Bassey Albert, governorship candidate of the Young Progressives Party (YPP), to 42 years in prison for fraud.

The Economic and Financial Crimes Commission (EFCC) had, in 2019, arraigned Albert on a six-count charge of allegedly taking possession of six vehicles worth N204 million when he was finance commissioner in the state.

He was said to have collected one of the vehicles from Jide Omokore, an associate of Diezani Alison Madueke, former minister of petroleum.

Omokore reportedly had dealings with the state when he offered Bassey the vehicles.

Delivering judgment on Thursday, Agatha Okeke, the presiding judge, found the senator guilty of the offences.

Consequently, he was sentenced to Ikot Ekpene prison to serve his jail term.

He, however, defected to the YPP in July, where he secured the party’s ticket for the 2023 governorship election. Aminu Muhammad, a student of Federal University Dutse (FUD), has been remanded in prison over his controversial tweet on Aisha Buhari.

Muhammad, who hails from Azare in Bauchi state, is a final-year student at the department of environmental management.

BODEX BLOG had reported that the student was arrested by the police over a tweet that appeared to mock Aisha.

The tweet, which was posted in Hausa in June 2022, reads: “Su mama anchi kudin talkawa ankoshi.”

Aminu’s tweet, accompanied by a photo of Aisha, loosely translates as “Mama has eaten poor people’s money and is now full”.

According to BBC Hausa, C.K. Agu, Muhammad’s lawyer, said he was remanded at a hearing on Tuesday at a court in the federal capital territory (FCT), pending another sitting on his bail application.

“He is currently being held in Suleja prison before the bail application is heard,” the lawyer was quoted as saying.