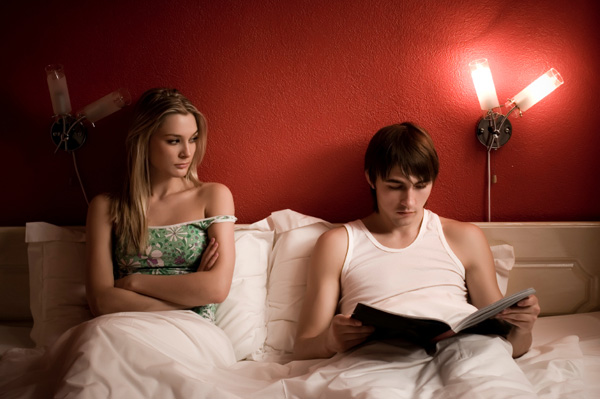 Studies reveal that 50 to 60 percent of married men engage in extramarital sex at one time or another during their marriage.
Often the women in their lives have no clue what they did.
You need to have some basic knowledge to protect yourself. So how does one spot a cheater? Here are 10 warning signs that your man may stray…
or that he is already cheating on you. Check out the 10 signs below

He has cheated before

He is a narcissist

People with narcissistic personality traits feel that they’re entitled to more things than other people. They’re more likely to cheat because they feel they don’t have to play by the rules.

He has no sense of guilt

Men who don’t feel remorse or guilt when they do something wrong are prime candidates for cheating. They won’t have those emotions holding them back.

He learned it at home

If one or both of his parents were routinely unfaithful, then he is more likely to be inclined to cheat.

He recently lost his job

Unemployment puts strain on a marriage and can make a man feel vulnerable, especially if the job was important to him and defined his identity. When a man doesn’t feel so good about himself, he may boost his self-esteem through an affair.

He is spending less time with you

You’re watching TV; he’s on the computer. You go to bed; he stays up late. You’re in the same house but not really together. If a man is organizing his life to spend less time with you, it doesn’t really matter whether he has met someone. Behavior like this signals a distance that becomes a breeding ground for infidelity.

He is being less affectionate

Perhaps he doesn’t cuddle with you in bed anymore. Or he comes to bed fully dressed when he once slept nude. These are all ways of disconnecting and may indicate he is getting his intimacy somewhere else.

His computer habits have changed

Check his computer’s browser history once in a while to see where he’s been. A new and secretive email account would be a red flag. A new email account doesn’t necessarily mean your significant other is having an affair; but it becomes more likely if he is not willing to share the content of the account with you.

His cell phone habits have changed

Lastly, beware of new cell phone habits. For example, he suddenly gets a new phone with a password lock. Or perhaps now he keeps his cell phone in his pocket when in the past he would leave it on the counter. Or maybe he used to make calls and send texts while you were around, but now excuses himself each time the phone rings.

Sister Sister! Kim Kardashian and Kylie Jenner Battle For Viewership on Their Websites