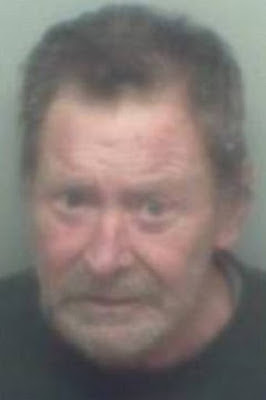 ..Just read this report!..A 61 year old man who has been identified by police as Paul Neaverson, walked in to bank and held a knife to the cashier’s neck.

His next action shocked everybody. Mr Neaverson asked the clerk to transfer the money in to his own bank account. The cashier managed to hit the panic button.

Neaverson fled, but undeterred, he only went as far as the HSBC just 400ft away where walked into another bank to demand for bank transfers

Prosecutor Ed Conell said Neaverson demanded £500 but when told by the cashier he did not have network to make the transfer, he turned around and walked out.

Not to be deterred, shortly afterwards he went to the nearby Barclays Bank and told a cashier: “Put £500 in my account or on the counter.” He took the knife out of his pocket and pointed it at the cashier, who quickly pressed his panic button.

Neaverson had put the weapon back in his pocket, but another customer saw what was happening and took it from him.
He walked out of the bank but was arrested by police patrolling the area. 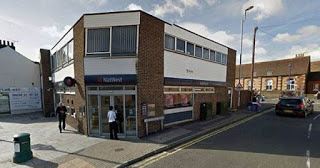 Neaverson made full admissions and said his only income was disability allowance.
“He said he had secured a job as a golf coach in Corfu,” Mr Connell told Maidstone Crown Court. “He said he decided to go to Rainham and in desperation decided to engage in these matters.
“He was desperate to get out of the country.”

Neaverson, of no fixed address, was jailed for two years after admitting two offences of robbery and possessing a bladed article.

Mr Moore said alcoholic Neaverson had unrealistic plans to go to the Greek island.
“He says he very much hopes to take up that job opportunity on his release,” said Mr Moore.
“He has led a law-abiding life and now finds himself staring down the barrel of a very long sentence indeed.
“The reality is the sentence doesn’t have to be that long to punish him and satisfy the policy for cases like this.
“One suspects anyone hearing the peculiar circumstances of the offences would say he doesn’t need to go to prison for a very long time.”

Mr Moore added: “Tellers are behind reinforced bullet-proof glass. Unless they take leave of their senses in offering the money, it is not going to work.”

Recorder Matthew McDonagh said it must have been very frightening for bank staff.
The starting point for sentence was four years imprisonment, but because of Neaverson’s background could be substantially reduced.