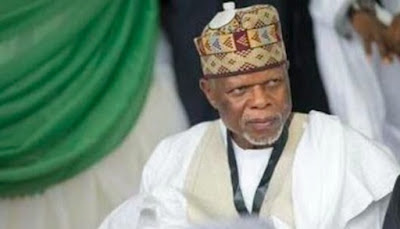 Comptroller-General of Customs, Hameed Ali has requested for the files of serving Customs officers found to have been involved in corrupt practices in the past with a view to determining their fate over the next few days.

In fulfilling the mandate, PM News gathered that Ali, over the weekend, in addition to demanding for the files of top officers of the NCS especially those from the ranks of Comptrollers and above, also reportedly enlisted the support of the Department for State Security (DSS) to investigate top Customs officers especially Customs Area Controllers, Assistant Comptroller-Generals and Deputy Comptroller-Generals to track down their wealth and property across the country.

“It goes beyond sacking them. Many of them will forfeit illegally acquired property to government in addition to losing their jobs. Some will also be prosecuted. It is the beginning of a new era in Customs. It can no longer be business as usual,” a source at the Presidency told PM News.

The source said President Buhari was particularly concerned about high level of corrupt in the NCS and the perception that “Customs is one of the most corrupt agencies in the country”.

“Any importer or agent found culpable for any gof these acts going forward will be prosecuted. No more slap on the wrist as it used to happen in the past,” a Customs officer who did not want his name in print told PM News.

You Won’t Believe What Goodluck Jonathan Has Done To Himself