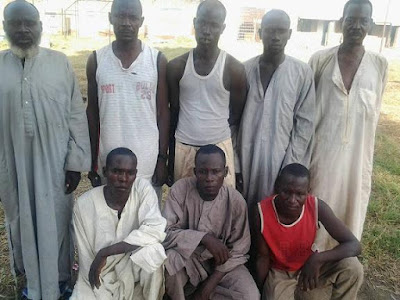 The army has said, suspected Boko Haram terrorists, numbering 8 on Saturday surrendered to troops of 21 Brigade of the Nigerian Army. The suspected insurgents according to a statement by army spokesman, Sani Usman, were being investigated and screened for additional information.

He said troops also intercepted Bulama Bukar, whose right hand was amputated by the terrorists in Sambisa about a year ago based on allegation of stealing a bag of beans. Usman also disclosed that the military was pushing for the final defeat of Boko Haram terrorists as most of the camps were falling to government troops.

The army spokesperson said, a total of 139 persons rescued from Boko Haram captivity have been cooperating with the military as they have been giving useful information that is assisting our troops in their offensive operations.

Lupita Nyong’o talks about the pressure to start having kids