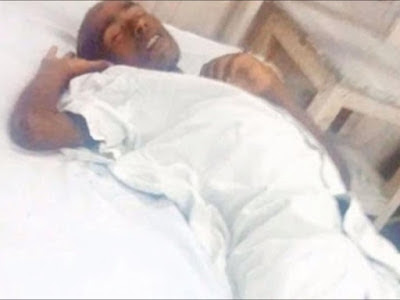 This is what I call a miracle. An Indian man pronounced dead by doctors in Mumbai shocked hospital staff when it was discovered he was still alive moments before his post-mortem was due to begin.

The man, reportedly aged between 45 and 50, was found unconscious by police at a bus stop and taken to Sion Hospital, where the man was pronounced dead after his

Police told Mid-Day that the body was covered with a white cloth while the doctor made a report about the death in the casualty ward diary.

After a person is pronounced dead, their body is reportedly kept on the casualty ward for two hours in what is known as a ‘cooling-off’ period.

However the casualty ward was full and the man was sent straight to the morgue, the Hindustan Times reports, where he is understood to have been kept before being taken up to be autopsied.

“The dead man was breathing. We saw his stomach moving up and down,” a hospital staffer who had taken the man up to his post-mortem told Mid-Day.

The news site claimed the doctor then destroyed all records of the man’s death, while police requested a report into the incident.

But the hospital’s dean, Sulman Merchant, told the Hindustan Times the hospital doctor had been pressured by police to certify the man as dead.

“The patient was on a stretcher and his face and ear were infested with maggots, usually seen in decomposed bodies,” adding that the man’s pulse and heartbeat were absent and was showing fixed dilated pupils, which is “common in patients who are close to death”.

This could have led to the incorrect declaration of death, Merchant said, while also claiming that the doctor was “intimidated” by the police presence. “The police kept telling the doctor the patient was dead and insisted he certify him urgently.”

The man is said to be recuperating in intensive care and the hospital is deciding on protocol to ensure this does not happen in the future.

Culled from Independent UK
Related Topics:
Up Next

Too Bad! 74 Year Old British Man Sentenced To 350 Lashes In Saudi Arabia (See What He Did)