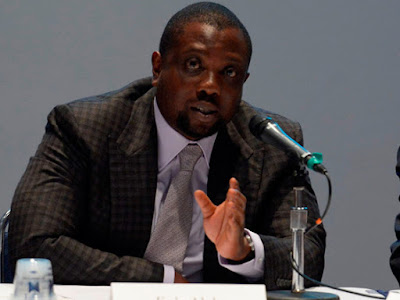 Remember when Wizkid sang ”Aluko Eleniyan”, a line in the song ‘In My Bed’, this is the man he was referring to. Kola Aluko also owns the yatch Beyonce and Jay Z spent her birthday vacation which cost them over 97 thousand dollars per week. Now there were strong indications on Wednesday that Switzerland might extradite a Nigerian oil baron, Kola Aluko, to the United Kingdom.

The Office of the Attorney General of Switzerland, in an electronic mail to one of our correspondents, confirmed that the UK had sought for mutual legal assistance from its country. In an e-mail sent to it, the office of the AGF of Switzerland was asked if it had received extradition request from the UK on the businessman.

It was also asked to specify the time the extradition process would begin and when he would be extradited.

He declined to give further information on the request.

But The Punch learnt that “the mutual legal assistance” could lead to eventual extradition of Aluko to the UK in connection with the investigation of former petroleum minister, Diezani Alison-Madueke.

When contacted on Wednesday, the spokesperson for the UK High Commission in Abuja, Joe Abuku, said the official that could give information on Aluko’s extradition was out of town and could not be reached on the telephone.

“I can’t give any information on the extradition issue because the official that would brief me is out of town and cannot be reached on the phone, but I will try and get him tomorrow (today),” he said.

One of our correspondents also sent a mail requesting information on the extradition to the Home Office email, but it had not been responded to as of the time of this report.

He said, “There are srong links between the former oil minister and Aluko. Extradition is not out of question.”

Aluko is an associate of Alison-Madueke, who was arrested in the UK last week for alleged bribery and money laundering.

As Seen in Lagos; A Keke Napep With Plasma Screen TV