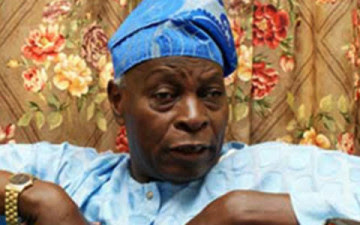 The Association of Fulani Chiefs and the Miyetti Allah Cattle Breeders Association of Nigeria have said a former Secretary of the Government of the Federation, Chief Olu Falae, was not kidnapped by genuine Fulani herdsmen.
MACBAN, therefore, faulted the pan-Yoruba group, Afenifere, for calling for the expulsion of Fulani herdsmen from the South-West.
The Chairman of MACBAN, Ondo State chapter, Bello Garba, said this during a press conference in Lagos.
Grab admitted that Fulani herdsmen usually encroached on farms but argued that no Fulani herdsman would abandon his cattle and go about abducting people. He said,

“We’ve been relating with security agencies and we have never had any issue with residents before. The disagreement with farmers has been ongoing for sometime but we have mediated and settled it on several occasions.

“Most of the Fulani people that came into Ondo came in as cattle breeders and you don’t expect them to just leave their animals and be kidnapping. We have been residing in Ondo State for more than 100 years and no one has ever accused us of any heinous crime in Ondo State or caught us with weapons.

“As an Ondo resident, I condemn this act. Clearly, this is impersonation. We live with our families in Ondo. How can we engage in such an act? We are pleading with law enforcement agents to do more investigation and expose the real perpetrators.”

Also speaking, the Sarkin Fulani of Lagos, Alhaji Mohammed Bambado, said it will not be in the interest of the Yoruba or Nigerians to denigrate cattle breeders at a time Nigeria was trying to diversify its economy and make agriculture more attractive.
Bambado reminded the Afenifere that expelling Fulani indigenes from the South-West was in contravention of the African Union charter.
Related Topics:
Up Next

”Being Pregnant is My Moment”; Kim Kardashian Cries Out