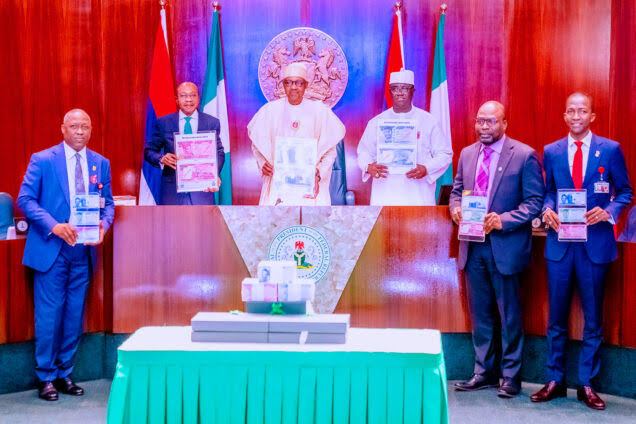 Godwin Emefiele, governor of the Central Bank of Nigeria (BN), was in attendance during the unveiling ceremony. 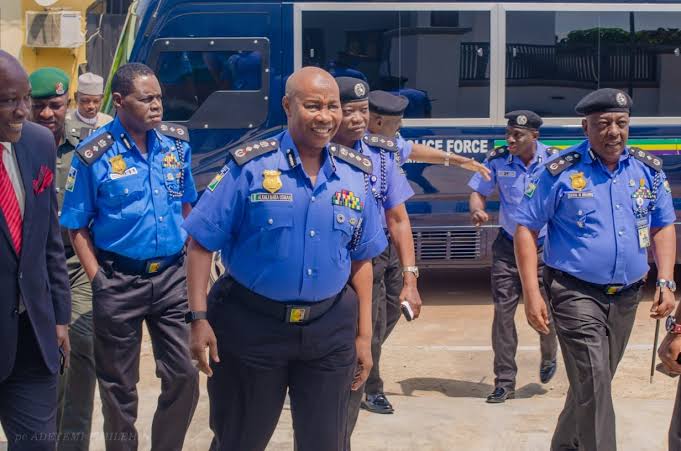 The Federal High Court sitting in Abuja, on Tuesday, sentenced the Inspector-General of Police, Usman Alkali Baba to three months in prison for disobeying a valid court order.

The court, in a ruling that was delivered by Justice M. O. Olajuwon, held that the IGP should be committed to prison and detained in custody for a period of three months, or until he obeys an order it made since October 21, 2011.

“If at the end of the three months, the contemnor remains recalcitrant and still refuses to purge his contempt, he shall be committed for another period and until he purges his contempt”, the court held.

The IGP’s committal followed a suit that was filed by a police officer, Mr. Patrick Okoli, who was unlawfully and compulsorily retired from the Nigerian Police Force.

Justice Olajuwon noted that though the Police Service Commission, PSC, recommended Okoli’s reinstatement into the Police, a decision that was affirmed by the court, the IGP, refused to comply with the order.

The court had also ordered the payment of N10million to the Applicant, being special and general damages for the unlawful, illegal and unconstitutional denial of his rights and privileges as a Senior Officer of the Nigeria Police Force from 1993 till date.

Lady alights from cab, jumps into Lagos Lagoon, after argument with husband on phone (Phone) Tragedy struck on Thursday, when a yet-to-be-identified middle-aged lady reportedly jumped into Lagos Lagoon from the Third Mainland Bridge, in an apparent case of suicide.

It was gathered that the incident occurred at about 10 am.

At the time of filing this report, Permanent Secretary of Lagos State Emergency Agency, LASEMA, Dr Femi Oke-Osanyintolu, who confirmed the incident, said rescue teams were still searching for the body.

According to Oke-Osayintolu, “Upon arrival of the LRT at the scene, an investigation revealed that a lady in her late 30s plunged into the Lagos Lagoon.

“Further investigation revealed that the lady alighted from a commercial cab on the bridge and suddenly plunged into the lagoon.

“The driver of the taxi claimed that earlier she was having a heated conversation with her fiancé over her mobile phone before alighting and jumping into the lagoon.

“The LRT, men of Lagos State Fire and Rescue Service, Lagos State Waterways Authority, LASWA, and officials of the Department of State Service, DSS, are still searching for the victim.”

Oke-Osanyintolu, however, lamented the spate of suicide, particularly on the Third Mainland Bridge.

He said: “Every 40 second, someone thinks about committing suicide and eventually does.”

It is instructive that the 11.8 kilometres length, of the bridge over the lagoon had witnessed series of suicide cases in the last four months. 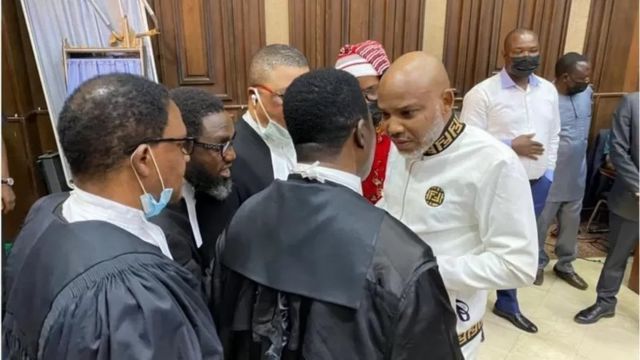 The court of appeal in Abuja has struck out the terrorism charge filed against Nnamdi Kanu, leader of the Indigenous People of Biafra (IPOB).

Delivering judgment on Thursday, a three-member panel of the court of appeal held that Kanu’s extradition from Kenya to Nigeria to stand trial was illegal.

Kanu was re-arraigned on an amended 15-count charge bordering on treasonable felony preferred against him by the federal government.

However, on April 8, the judge struck out eight of the 15 counts in the charge.

But Kanu, through his team of lawyers led by Mike Ozekhome, filed an appeal marked CA/ABJ/CR/625/2022, praying the court to quash the remaining seven counts for being devoid of merit.

The court was also asked to order the immediate release of Kanu should the charges be quashed.

Moving the application at the court session on September 13, Ozekhome alleged that his client was forcefully abducted from Kenya and illegally brought back to the country.

The senior lawyer argued that under the “doctrine of speciality” as provided for in section 15 of the Extradition Act, the federal government ought to have proceeded to try Kanu on the initial five-count charge on which he was re-arraigned before he fled the country.

He argued that Kenya, being the country from where Kanu was arrested and extraordinarily renditioned to Nigeria, ought to have authorised his extradition and the new charges he is facing.

But David Kaswe, counsel to the federal government, asked the court to dismiss the appeal for want of merit.