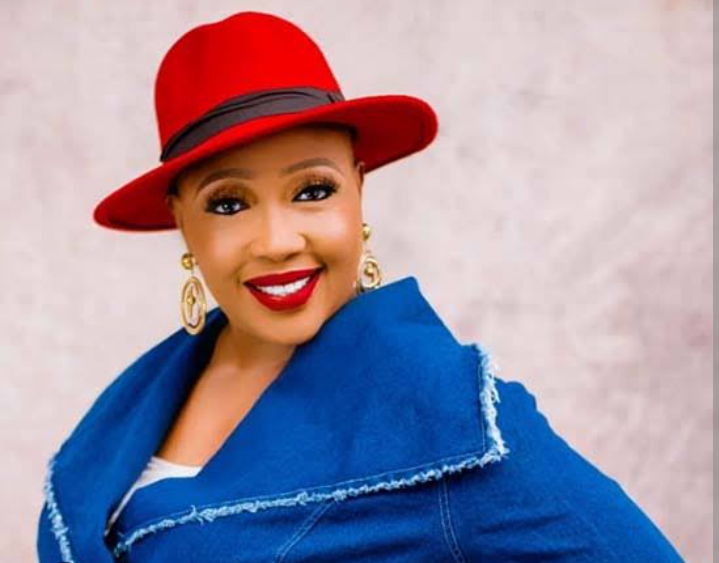 In an interview, she speaks on sex, challenges and the need for good sex in relationships.

As a sex therapist, what percentage of your attention is needed in a relationship?

We talk about sex. In this part of the world, we are not open to talking about sex publicly. Growing up, you are not supposed to touch your body and that has been the background as Africans.

Nowadays, the narrative is changing. We know that sex is usually the problem in many homes.

It is only in very few homes that sex is not a problem because the man and the woman understand each other. They know the need for one another. But, in most cases, sex is a problem.

As therapist, I talk about sex openly and encourage people to seek help. If the man is very active and the woman is not active for one reason or the other, she needs to seek help.

She needs to find out why she is not responding to her husband as he wishes.

If you are able to go through it together, talk about her challenges, it could be that she is overwhelmed at work, even at home and as such, she is not getting the necessary support from the husband.

A lady will feel that, how can she come back from work and still be the one to cook, do the house chores and then the husband is waiting for her to have sex?

So, she is never going to open up or accept the man like that. Look at the challenges.

If you are not talking about it, you will not know where the problem is coming from.

Most of the time, when couples have challenges, when they are fighting all the time, the main problem is sex.

And that is not what they are going to talk about.

Nobody will understand. The pastor will not understand, he will only tell them to pray while family members talk about finances. Meanwhile, the main problem is sex.

It may be that the man is having extramarital affairs; he is not bothered about the feelings of the woman. Or the woman is the one that is not giving the man what he wants.

There is always a problem somewhere and that is where the sex therapist comes in. Encouraging people to talk about sex and analyze the problems might just be something they need to talk about and fix the problem.

What kind of complaints do these couples bring to your table?

Most of the time there is a lack of communication. What do I mean? The man wants a particular way of sex, the woman is not willing and the man is not talking about it.

Or maybe, the man wants to suck the wife’s breast and the wife does not want it. It is a lack of communication. It is good for the woman to tell the husband what tickles her.

Lack of communication, most of the time, is a problem. Lack of emotion is another thing. Men are wired differently from women.

Men are wired by what they see. That is why a man could have an erection just by looking at the woman on the road. But, the woman is different.

She is based on emotion. It is the way she feels towards you that would make her want to have sex with you.

If a man is fantasizing about a big breast and the wife does not have a big breast, there is a problem already. If you want the boob to be bigger, just touch the breast. Just touch it as it is.

Just make sure that you are touching. The woman wants her husband to touch her and the man is not touching. He will just come and open the wrapper and wants to have sex.

It could be that the pain is related to a disease like endometriosis, or pain in the vagina, or she is not just wet. If she is not wet, you can use lubricant. If the husband is using lubricant for the wife, both of them will enjoy sex.

Look at the challenges and if you are not talking about it, you will not know where the problem is coming from.

What is the importance of sex in a relationship?

Marriage is about communication. It is a spiritual relationship. The physical is the sex. There are some sexless marriages. If you ask them, they are not happy.

Unless, there is a problem with both couples and they knew before they got married and they both agreed they will not have sex, then, it is fine.

In any relationship, for you to come together as husband and wife, there must be an attraction and this is what will lead to sex.

And that is why communication is key. Sex is the icing on the cake. When couples talk about sex, it makes the marriage pleasurable.

What kind of sex can couples enjoy, and how many times in a week should they have sex?

The type of sex is for both of them to decide. Is it missionary? Do they want to explore other positions? It is for them to decide. Some people in their entire marriage never did any other style than the man at the top.

But, some people spice up their relationships with different types of sex. It can be in the kitchen, bathroom, on the table, on the floor while watching television as long as the children are not there. It is based on what the couples want.

For some people, oral sex is the best. There is nothing wrong with oral sex as long as it is between both couples. The man might want to suck the wife. The woman might not want it.

There is a problem there. The man might want the wife to suck him and the wife might not want to do that.

There is a problem there. So, if both of them agree on oral sex, there is no problem.

Sex is good. It makes the woman glow. When a woman is having good sex, she glows. She is happy. 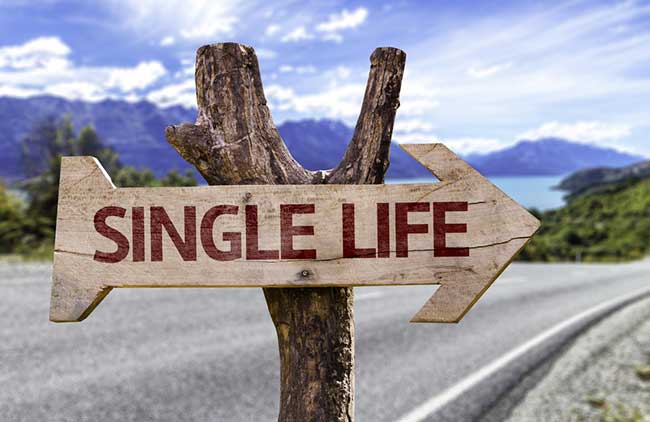 Often times, we are made to believe that people in relationships are happier than everyone else because they get to fall in love and do all those fun things.

But have you ever thought of the freedom of not having to share details of your life with anyone?

In today’s increasingly modern world, being single can be a cherished state of mind – and here are five things you can enjoy.

When you are single, you are free of obligations, restraint and are less cautious when trying to mix with the other sex.

You can decide to hang out with friends of a different sex and have immense fun (and possibly go overboard) without feeling guilty or being extremely careful.

When single, your possibilities are endless and you can do anything you want to do.

When in a relationship, you have to consider the impact your actions will have on your better half.

When single, you don’t have to worry if your partner will approve or not. You are your own army, do as you like.

Do nothing against your will

You may not be a “nightclub person” but because your partner loves to hang out at night, and obviously won’t want to go alone, you’d be compelled to tag along.

If you are single, you can decide to go to the beach whenever you want and stay indoors and Netflix endlessly if that’s what you desire.

You have no one else to make happy but yourself.

You can be totally honest

We have all been in situations where we have had to give false compliments, lie about our whereabouts and give misleading status updates.

Many do it because they don’t want their other half to be unhappy or insecure, hence, they’d rather lie for the sake of peace.

Single people can be totally honest because they owe no one any explanation.

Time to work on yourself

With the stress of the job and daily life, time for self-development is something not everyone can afford.

However, single people can take out time to reflect on past affairs, advance themselves, have time for friends and prepare for future relationships. 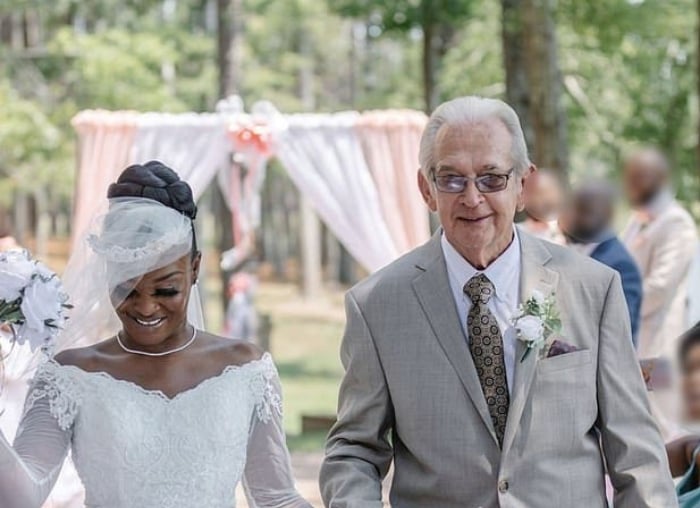 Miracle Pogue, a 24-year-old woman, who got married to Charles Pogue, an 85-year-old man, says she wants kids with her husband.

Charles proposed in February 2020, and the couple went on to wed last summer.

According to Daily Mail, Miracle, who is from Mississippi, said she is desperate to start a family with Charles and have started exploring the option of IVF.

“I want him to have another generation. We’re looking to go to an IVF clinic to talk about our options,” she said.

“We went to an IVF clinic before but we really felt the pre-judgment even though they don’t know me and it was quite overwhelming.

“Now I’m forgetting it as long as they give me my baby. Maybe Charles’s age will stop us from having children but I have an open mind. It may not work.”

Miracle also shared her struggles with being married to her octogenarian husband.

She said she gets backlash on social media from people who accuse her of marrying Charles for his money.

“People were saying I’m using Charles, he doesn’t know what’s going on and saying I should be ashamed,” she said.

“Of course, people mention finances but I’m a nurse. I was starting medical school when I met him.”

She further said that she can provide for herself and it gives her joy to be chosen by him.

“I will be well off with or without Charles, it’s a choice to be with him and it makes me feel good that he chooses me,” she added.

“It’s so crazy that people come after me, as he’s the older one. He’s with me of his own free will, he chose me.” 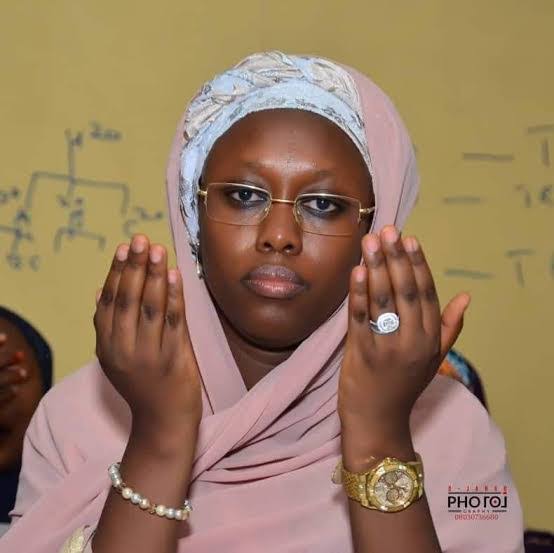 The Sharia court in Kano on Thursday dissolved the 16-year-old marriage between Asiya-Balaraba Ganduje, daughter to the governor of Kano, and Inuwa Uba.

Delivering a ruling, Abdullahi Halliru, the judge of the upper Sharia court, said the marriage was dissolved through Khul’i (divorce by Islamic means).

“The conditions the respondent earlier raised before the court should be based on Islamic Sunnah on Khul’i,” the judge said.

Halliru also ordered the plaintiff to return the N50,000 paid as dowry by the respondent.

“Khul’i is strictly based on returning the dowry given to a woman, the condition should not affect her in anyway especially in giving out her wealth,” the judge added.

Ibrahim Aliyu-Nassarawa, the counsel to the petitioner, told the court that his client insists on returning the N50,000 bride price received from her husband in exchange for the divorce.

The petitioner was in court seeking the dissolution of her marriage through Islamic means (Khul’i) as she claimed to be tired and fed up with Inuwa.

“Every woman who is living under strange conditions has a right under Islamic law to approach the court and seek for her marriage to be dissolved with the condition to return the dowry,” the petitioner said.

On his part, Umar I. Umar, the counsel to the respondent, said the issue is beyond the payment of the N50,000 dowry.

“The respondent has four kids with the plaintiff, but all efforts to reconcile them proved abortive” Umar said.

He gave two conditions regarding some of his belongings.

According to Umar, the plaintiff should return all his client credentials, house certificates, cars and relinquish her rights in their joint rice company before he divorces her.