The Indigenous People of Biafra, IPoB, has suspended indefinitely Mr. Kingsley Kanu, a.k.a Kanunta, a younger brother to its leader Mazi Nnamdi Kanu, for alleged infraction and anti-IPoB activities, “aimed at bringing the united group in Germany to disrepute”.

The pro-Briafa group made this known in a statement by the National Coordinator of IPoB, Germany branch, Mr. Collins Chinedu, entitled, “Suspension of IPoB membership of Mr. Kingsley Kanu, aka Kanunta” made available on Monday by IPoB’s Media and Publicity Secretary, Emma Powerful.

They further alleged that he has been using his affiliation to IPoB’s worldwide leader, Mazi Nnamdi Kanu, “to an unmerited super advantage and placing himself above every IPoB rules and discipline guiding the group”.

IPoB’s statement read: “We the principal servants of IPoB in Germany wish to bring to the attention of all IPoB family members worldwide about the series of anti-IPoB activities of Mr. Kingsley Kanu, which were aimed at bringing the united IPoB family in Germany to disrepute and by extension disorganizing the larger IPoB family worldwide.

“Mr Kingsley Kanu, also known as Kanunta, has been using his affiliation to our worldwide leader Mazi Nnamdi Kanu to an unmerited super advantage and has been placing himself above every IPoB, rules and discipline guiding IPoB in Germany and worldwide.

“For avoidance of doubts, Mr. Kingsley Kanu is an ordinary unit member of IPoB in Landsberg AM Lech, Germany.

“The following are some if his offences in violation to laid down principles.

“Firstly, Kinsley Kanu has been in the constant habit of flagrantly flouting every IPoB code of conduct, thereby seeing himself above the laws and often throwing every decorum to the winds.

“Secondly, he has been reporting fellow very hard working IPoB members to the German Criminal Police contrary to the IPoB’s Code of Conduct and violation of his oath to IPoB.

“He has been issuing orders to his superior officers in the hierarchy of IPoB without the approval of the IPoB leadership, just as imposing and parading an expelled IPoB member as the new National Coordinator in Germany, with sole intent to cause division within the existing IPoB structure in Germany.

“He has been ordering his purported National Coordinator in Germany to create another principal servants forum through which IPoB members are being lobbied to join his illegal group and to attend series of his illegally organized online meetings.

“Mr. Kingsley Kanu must understand that the struggle itself is beyond family affair.

“The IPoB in Germany is a registered non-profit making organization under Germany laws, and he must therefore be reminded that further violation of IPoB’s Code of Conduct, will have serious legal consequences.

“In view of the above listed infractions and anti-IPoB activities carried out by Mr Kingsley Kanu, the IPoB leadership in Germany hereby unanimously suspends him indefinitely from the family of IPoB in Germany led by Mazi Nnamdi Kanu with effect from 21st of January 2023.

“Any member of IPoB family worldwide who chooses to deal or take orders from him on behalf of IPoB worldwide is doing so at his or her own peril.” 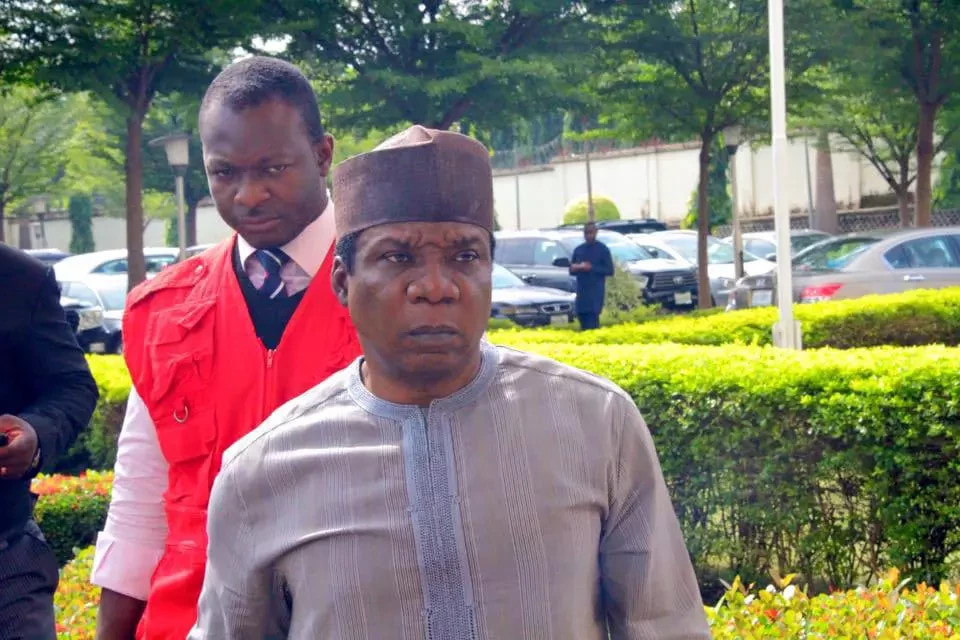 Omokore was arraigned by the Economic and Financial Crimes Commission (EFCC) alongside Victor Briggs, Abiye Membere, and David Mbanefo on a 15-count charge on July 4, 2016.

They were alleged to have fraudulently diverted about $1.6bn alleged to be part of proceeds of sales of petroleum products belonging to the federal government. As the 2023 general elections draw nigh, the senior pastor of Dunamis International Gospel Centre, DIGC, Pastor (DR.) Paul Enenche has advised Nigerian politicians to directly employ the services of their biological children for thuggery, and election manipulation, among other violent activities during elections.

This was as he advised youths to be wary of politicians who are making advances to them to disrupt the forthcoming elections, as that could amount to a meaningless death.

Enenche made this call while passionately speaking to his congregants about the forthcoming election during the church’s February combined service, during the weekend, at the Glory Dome, in Abuja.

According to him, I have this caution for the youths: don’t kill yourself for any wicked, evil, devilish politician, they are not worth your life. A couple of them are generational liabilities and human disasters (at times worse than natural disasters).

“You confirm yourself to be the most stupid and useless human entity on the earth if you allow yourself to be killed so that an evil, wicked, heartless and valueless man or woman will win an election they do not deserve to contest at all.

“How much will they pay you to go and die the needless, useless, profitless death of a fool? And after you have died, who will spend the miserable blood money you were paid?

“Caution yourself: caution your brothers and loved ones, send the message to the grassroots. If you have any brother or relation who is a known thug, caution and counsel them against needless death because if a thug dies, nothing stops the politician. They won’t pause their activities for a second; they won’t mourn; it won’t even be a part of their agenda for a microsecond; no condolence or empathy with the thug’s family; it won’t be different to them from the death of a housefly. Be advised!

“If they think thuggery is good, they can employ the services of their biological children, not other people’s children”, he added.

Bemoaning the current fuel shortages, the sparse circulation of the new naira notes, and the docility of the Federal Government towards addressing the anomalies, Enenche said leadership should be oiled with empty, care and love.

His words: “At the heart of leadership is the heart for followership. A heart for people is the crux of leadership. Loving people is the foundation for leading people. Leadership expert, John Maxwell said, “People don’t care what you know until they know that you care. “Leaders must be touched by the plight of the people because what touches you determines what and who you can touch- you can’t touch people until their pains touch you.

“What moves you determines what you can move-if the problems of people don’t move you, you can’t move the problems off their lives. Now, there is a connection between feeling and healing. What you feel determines what you can heal. The reason why there is no healing for the people is because there is no feeling for the people and their problems. Today in our Nation, we have leaders and aspiring leaders who have zero feeling, care and concern for the people and their challenges. They are neither touched nor moved by the challenges of the people.

“The terrible fuel situation and cash situation in the nation currently has elicited no concern from leadership or aspiring leaders. ii. They are nowhere to be found in seasons of natural disaster or catastrophe in communities or regions of the country. They have no heart, empathy or compassion as to visit with refugees in IDP camps across the country. iv.They have neither concern nor compassion to visit with victims of terrorist or banditry attacks in communities across the Nation.

“They have neither enough sensitivity nor humanness to speak out against the massive killings, kidnappings, banditry, terrorism perpetrated against innocent citizens of the country. Not a word of condemnation or action, yet they want to lead the country- especially those whose tribesmen had severally accepted responsibility for various barbaric, disastrous, atrocious and destructive activities in the country-the same ethnicity and tribe in power today.

“They intend to step into authority so that their people can continue destroying the Nation from where they stop in the current administration-since their value for their people is usually higher than their value for the Nation. The truth is, today, many aspiring leaders have various reasons for their aspiration: Those who want to bear the title of president’ by all means since they have corruptly amassed enough wealth to last their generation for a lifetime;

“Their turn to continue ravaging and destroying the country from where the last person stopped-not that they care for anybody; and those who want to be in power because they have perfected, and have been successful in the control, manipulation and domination of both the people and the financial resources of their state for decades, determining who goes into power, and who does not, from the local government level, all the way to governorship level, and even the national assembly.

“They progressed to the control of their region to a great degree, and now they want to extend their control, manipulation and domination to the whole Nation. Thus, having successfully bewitched and diabolically brought a whole state, and to some extent, a region under their control, they now want to extend that control to the entire Nation.

“This explains why the people of a land or territory will celebrate and glorify their exploiter and enslaver functioning in docility like slaves who fell in love with their chains, and became willful worshippers of their slave master, only territorial bewitchment and enchantment can explain that.

“Friends, the above are some of their reasons for aspiring to get into power. They don’t love anybody for any reason. That is why they want to get into power at any cost, including the flow of human blood and the loss of lives. That is why they would hire and arm thugs to fight, kill and do everything abominable on their behalf. There was a video where one of them was telling his supporters/followers to do whatever it takes to win the election- that is whether the people want them in power or not.”

He, therefore, advised Nigerians to “vote value, vote leaders with proven heart for the people who will feel what the people feel; who go where they are.

Wike asks court to restrain PDP from suspending and expelling him 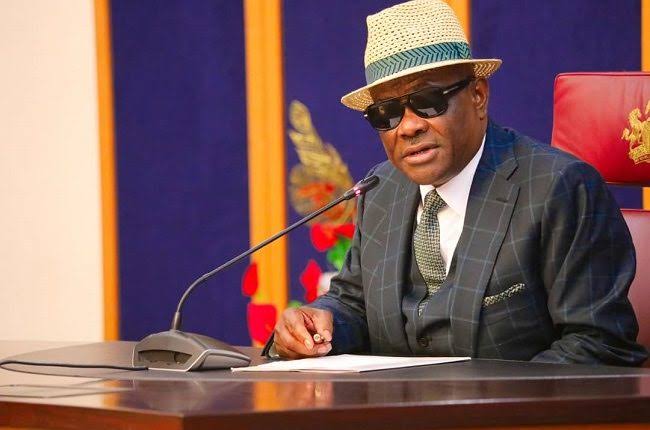 Nyesom Wike, governor of Rivers, has asked a federal high court in Abuja to stop the Peoples Democratic Party (PDP) from suspending or expelling him from the party.

In the suit marked FHC/ABJ/CS/139/2023, Wike through his lawyers — DY Musa, a senior advocate of Nigeria (SAN); Douglas Moru, and C.C. Chibuike — asked the court to order the defendants to maintain status quo and stay all actions relating to the threats to suspend or expel him.

In the ex parte motion filed on February 2, before J.K. Omotosho, the judge, Wike is asking the court to restrain the defendants from suspending him pending the hearing and determination of the originating motion.

After hearing the motion, the judge ordered that all parties in the suit maintain peace and “not take any action or step or act that may make the outcome of the motion “nugatory and worthless”.

Omotosho also ordered that any action made to make the outcome of the motion “nugatory” shall be a nullity.

He further directed that the defendants should be served with the notice through substituted means and that it should also be pasted on the PDD national headquarters in Abuja.

The judge then adjourned the hearing of the substantive suit till February 14.