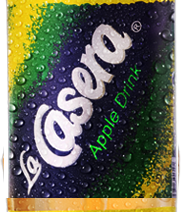 We recalls that the La Casera Company had on 15 September, said it could no longer guarantee the safety of its workers, thereby, shutting down operations at its Mile 2 Plant on the Apapa-Oshodi Expressway in Lagos.

The management of La Cesera Company Plc, makers of La Casera soft drink and other consumables, has been restrained by an apex National Industrial Court (NIC), Lagos Division, from terminating the employment of its workers over a certain dispute with the National Union of Food Beverage, Tobacco Employees (NUFBTE).

Also, the company’s spokesman, Mr Tola Bademosi, had issued a statement which explained that over 200 demonstrators led by representatives of the National Union of Food, Beverages and Tobacco Employees (NUFBTE) invaded the company’s premises on Saturday and Monday.
According to reports, no fewer than 1,500 workers comprising 700 regular workers and 800 casuals, had been allegedly sacked by the soft drink company.
In the same vein, the NIC which gave the order on September 15, ordered the company, either acting by itself or its agents, not to temper with the employment of the staff, pending the hearing of the substantive suit on October 19, 2015.
The court statement made available to newsmen on Friday in Lagos, reads in part:

“With this ruling, the action of the management, which through unsigned notice pasted on the gate of the company at the Amuwo Odofin Industrial Estate, Mile 2, a day earlier, (September 14), terminating the employment of its staff, has been nullified.”

The court ordered all parties to maintain the peace and take no action that will lead to a breakdown of law and order.
The court, however, adjourned the case to 19 October for hearing of the two pending motions.