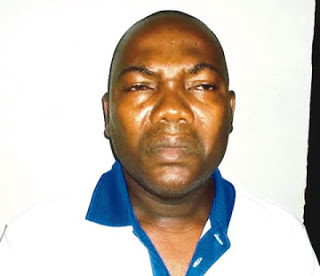 like seriously..when you were forcing her to do the thing,why you no remember this?..Read this report from Punch;

The courtroom of a Lagos Magistrate Court sitting in Ikeja was filled to capacity on Monday as a University of Lagos lecturer, Dr. Afeez Baruwa, who is standing trial for allegedly raping an 18-year-old admission seeker, showed up in court for trial.

This was just as the counsel for the defendant, Kunle Abimbola, lamented the negative press coverage given to his client’s case, adding that such publications already presumed the defendant to be guilty.

Punch Metro had reported on September 10 that Baruwa, a lecturer from the univeristy’s Distance Learning Institute, who had been in remand at the Krikiri Prison since August 7, failed to show up in court.

The presiding magistrate, Mr. T. Elias, had adjourned the case till Monday, September 21, 2015, for the outcome of the DPP’s advice.

However, Baruwa showed up in court for the continuation of his trial on Monday.

Our correspondent also observed the victim and her parents sitting among the crowd.

The defence counsel, Abimbola, who brought an affidavit sworn to by Baruwa’s wife to show the lecturer’s failing health, sought the court’s permission to perfect the bail of Baruwa.

The counsel, who put forward several newspaper publications on Baruwa, said it was wrong that his client was being tried by the media in the eyes of the general public.

“The state of my client’s health should be considered. We also have to seek a protection of the man from the press. It is not fair that the defendant is being tried by the media.

“This is contrary to Section 36 (5), of the constitution. There are several publications that attest to this, including an interview granted to the Dean of the UNILAG’s Faculty of Business Administration, where my client was called all sort of names.

“I urge the court to call the newspapers to order, and we urge you to come to the aid of the defendant.”

The OPD lawyer, Ibikunle, said the publication of the matter in the newspaper was not unconstitutional as the general public had already been informed, and had the right to have information on the matter as it progressed.

She added that the affidavit brought before the court establishing Baruwa’s ill-health, did not have any medical report.

The Magistrate, Elias, who went through one of the newspapers’ publication briefly, said the case was awaiting advice from the Department of Public Prosecutions.

He thereafter adjourned the matter till November 13, 2015.

Married man eggplant on fleek plus Na Peter Okoye own

Must Read: How My Stepsister And Her Husband Tricked Me And Took Egg From My Ovaries