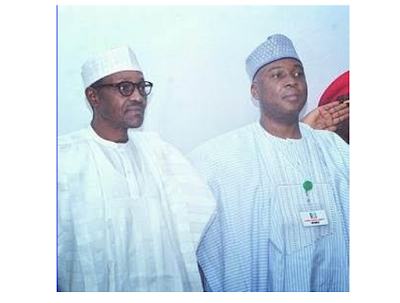 The, All Progressives Congress, APC was said to be considering former Sen­ate leader, George Akume, wife of the national leader of the APC, Senator Bola Tinubu , Senator Remi Ti­nubu and two other ranking senators from the South West zone as Saraki’s replacement.

Apart from Senator Akume who is from the North Central zone and Remi Tinubu, no other names were mentioned but sources said other two ranking senators also from the South West are being considered on APC shop list.

Feelers from Abuja reaching Kaduna, the second home of President Mu­hammadu Buhari revealed that, barring any last minute change of plan, Saraki may be asked to resign or if he refused, may be impeached on moral ground to concentrate on his trial.

National Mirror gathered that, Senator Ahmed Lawan who was anointed by APC as its sole candidate but lost to Saraki would emerge senate leader from the North East, since the Speaker is also from the zone.

One of the credible sources explained that, though Saraki and Dogara jettisoned APC’s ,earlier zoning of National Assembly principal officers which favored the North which has both the Senate President and Speaker but that under the new power sharing deal, South West zone may produce the senate president.

South East and South-South have no APC senators and are already out of the new deal. Meanwhile, one of the anti-Saraki’s groups, Northern Ethnic Nationalities Unity Congress, NENUC, had called on the senate president to resign or face impeachment over CCT 13 count charges against him.

Rapper ‘the Game’s’ Girlfriend Set For Breast Reduction Surgery, Says Boobs are “Too Much To handle’. (Pic)