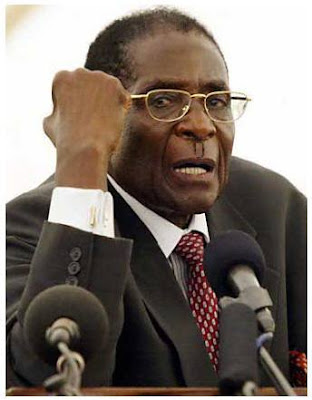 President of Zimbabwe,Robert Mugabe,  has declared that Zimbabweans are not gays.

The Zimbabwean leader who has always re-echoed respect and continual human rights as the obligation of all states has never hidden his stance on anti-gay campaign.

While addressing the United Nations General Assembly on Monday, he further reiterated the campaign against gay, insisting that the act was unafrican. “We are not gays,” Mugabe said.

“We equally reject attempts to prescribe new rights that are contrary to our values, norms, traditions, and beliefs.
“We are not gays!” The president shouted the line from the podium, which drew audible laughter from the attendees at the United Nations General Assembly.

“Cooperation and respect for each other will advance the cause of human rights worldwide. Confrontation, vilification, and double-standards will not.”

In his summary, he said self-determination and independence were intrinsic and fundamental rights that should be enjoyed by the Saharawi people and all people everywhere without distinction

“He Changed Me From Trashy to Sexy”; Kim K Praises Kanye For Changing Her Look