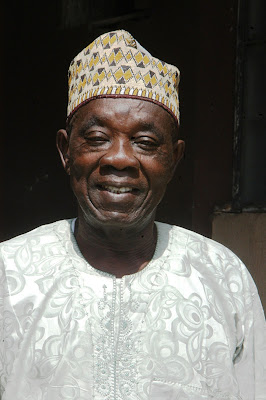 Younger brother of the acclaimed winner of the annulled June 12, 1993 presidential election, the Chief MKO Abiola, Mubashiru Abiola, is dead.

He was aged 73. He reportedly died on Friday after a three-month protracted illness and he has been buried in Abeokuta on Saturday.

Tears flowed freely at the Gaa in Sabo area of Abeokuta, Ogun State residence as the remains of the septuagenarian were buried.

His wives, children, relations and other sympathisers, who besieged the deceased’s residence to bid him farewell, wept at his demise.

The Chief Imam of Gbagura, Prof. Kamaldeen Abdul-Azeez Balogun, who conducted the funeral for the late Abiola, said death was inevitable for all mortals.

He urged people, irrespective of their religion, to live life as if they would die tomorrow.

Balogun said, “Death is inevitable for all souls, whether you are rich or poor you must die one day and leave all those earthly things for others who will also die later.”

Among those who attended the funeral, which held inside the expansive compound of the late MKO Abiola’s younger brother, were former Minister of Mines and Steel Development, Sarafa Isola; the General Manager, Ogun State Television, Ayinde Soaga; his older brother, Yaya Soaga; and a member of the House of Representatives, Mikahil Kazzim, among others.